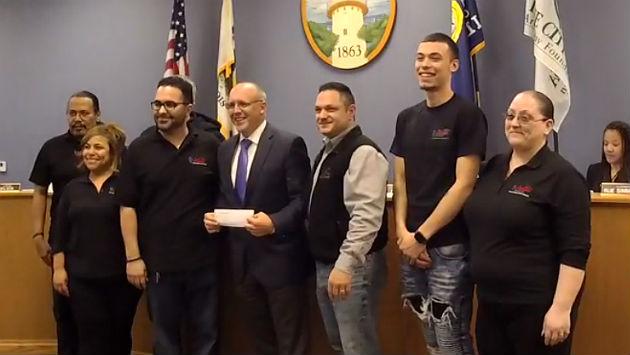 The Friends agreement specifies that the group will provide $5 million in cash donations toward the project next month and an additional $1 million next February. After that, as pledges are redeemed the group will make annual fund transfers to the city for the next eight years.

Although the Crown Center at Dodge Avenue and Main Street is located in what Alderman Don Wilson, whose 4th Ward includes the site, has described as an underserved area of the community, opponents who described themselves as members of the Poor People’s Campaign of North Cook/Lake County, claimed increased property taxes for the project would drive the poor from the community.

Assistant City Manager Erika Storlie said the city is under contract to complete the Crown Center project as designed for a fixed price by a set deadline.

She said delaying the work would end up costing more in the long run and would also put at risk numerous donations to the project.

She also denied a claim by Alderman Robin Rue Simmons, 5th Ward, that the project was over budget. Simmons also claimed the contractor was failing to meet minority hiring goals.

But City Manager Wally Bobkiewicz said the last report to a city committee showed the project was meeting those goals.

Wilson said the contractor would face financial penalties from the city if it fails to meet the hiring goals and that the city would face serious legal consequences if it were to delay the project.

The debt limit increase and bond issue measures were approved 6-1, with Rue Simmons casting the only no vote. A final vote on the bond issuance is expected at the Council’s April 22 meeting.