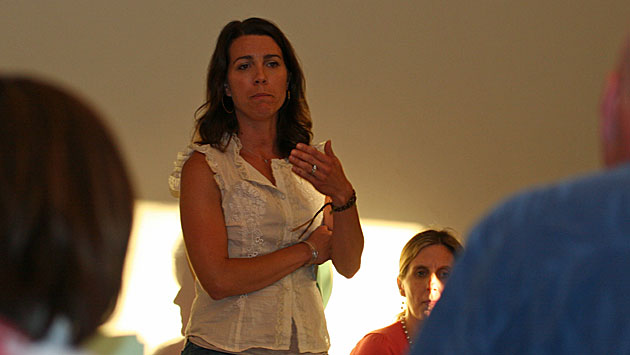 City officials got an earful at a 7th Ward meeting Thursday night from residents who oppose closing the Chandler-Newberger Recreation Center.

About three dozen people showed up at the Ecology Center for the session, which also heard complaints about the city's efforts to be paid for water used by the non-profit that runs the Frank Govern golf course. 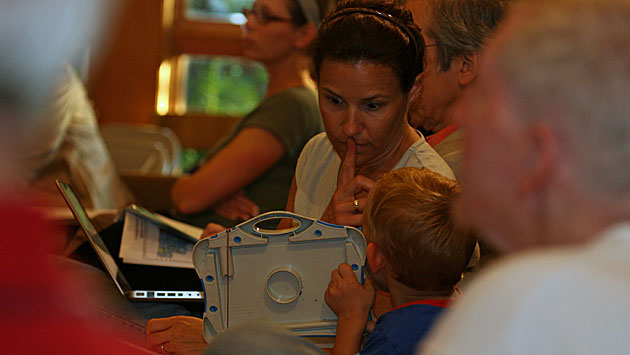 Top: Jaime Vehovsky speaks at the 7th Ward meeting as Marie Lynch sits beside her. Above: A young boy catches his mother's attention during the meeting.

They argued that public gym and recreation space in the city is already far too limited to close the center and said it plays an important role in keeping Evanston an attractive community for families with children.

City Manager Wally Bobkiewicz said the review of the recreation centers is part of an overall examination of all city programs as the city tries to further trim its spending to match sagging revenue projections.

He said the city is fortunate to have a wide variety of recreation assets — from the community centers to the lakefront to James Park.

"The challenge is how best to pay for it," Bobkiewicz said. "How much should be subsidized by taxes, how much should be covered by fees for service, and should we be in every line of recreation programing we are in?" 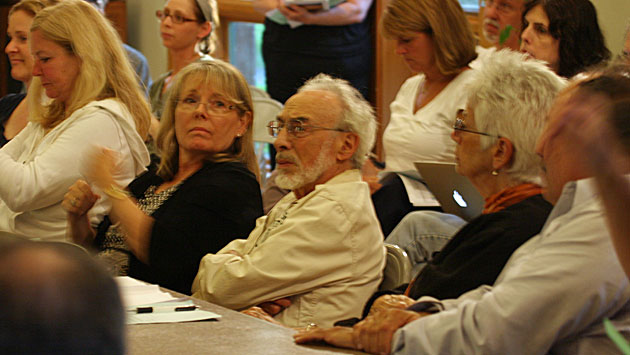 Residents at the meeting.

He said the city is in the midst of a nearly year-long community dialog to help figure that out.

Former 1st Ward Alderman Art Newman argued that recreation centers should not have to fully cover their expenses.

And he said the revenue shortfall at Chandler-Newberger is less than half as big as the shortfall at the Fleetwood-Jourdain Community Center in the 5th Ward.

It would be "absolutely ridiculous" to close any of the recreation centers, Newman added.

Alderman Jane Grover, 7th Ward, said that a discussion about the recreation centers would be on the City Council's agenda next month. 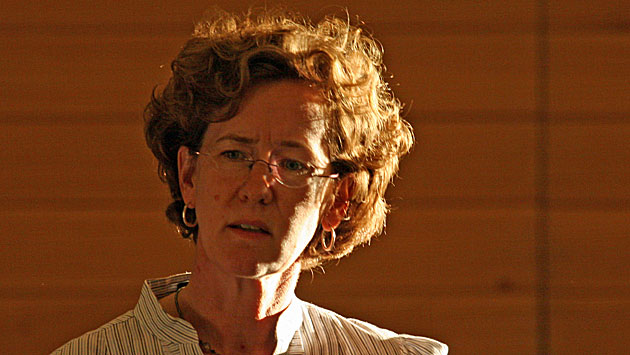 She said the discussion about Chandler involved the possibility of doing something different with the building, but she didn't want to have the council look at it in isolation, but only as part of a larger discussion of the whole city budget.

Rec center future up for debate next month