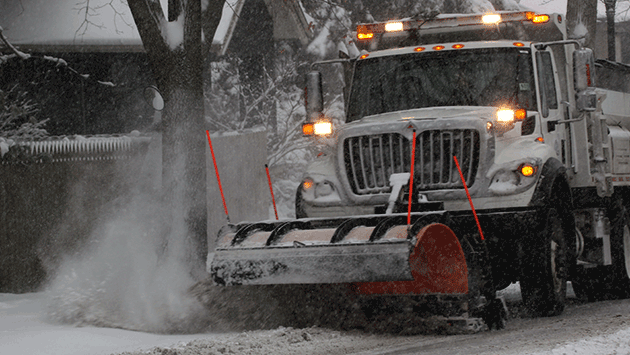 Evanston city officials say about 20 inches of snow fell on Evanston during this weekend's storm — making it the fourth largest snow fall in Chicago weather history.

With elementary schools and the high school closed today, the city has announced that the city's community centers will be available for open gym sessions all day, but the city's ecology center will be closed.

Assistant Public Works Director James Maiworm says that all main roads are clear this morning and secondary roads have been plowed and salted.

Today’s primary focus for snow-plow crews will be residential streets, and Maiworm says the snow emergency parking ban will allow for more efficient curb to curb  plowing in residential areas.

Recycling and solid waste will occur but delays are likely because of the volume of snow.

Business district cleanups have started and will continue each night this week, he says, until all have the parking spaces and meters are opened up.

Update 10:25 a..m.: Some local government meetings tonight now have been cancelled because of the weather — including the city's Human Services Committee meeting and the District 65 school board working meeting.

The school board's next meeting will be Tuesday, Feb. 17, and the HSC committee action items will be on the city Administration and Public Works Committee agenda next Monday, Feb. 9.