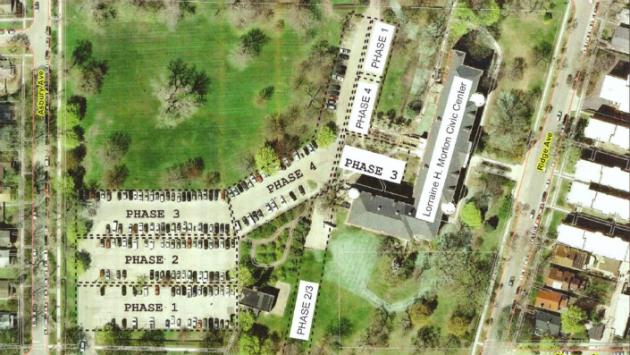 Here's a recap of our live coverage of this evening's Evanston City Council meeting — which turned out to be unusually short.

Mike Vasilko says favors the Howard Street theater request for proposals process. And he thanks the Harley Clarke committee for its work in developing alternatives for use of the site.

Only one item taken off the consent agenda:

Final approval for sale of liquor for catering (A 13). Approved.

Alderman Don Wilson, 4th Ward, says a lot of effort spent on this by himself, Tendam, Grover and Braithwaite. Says some people in business community may not be pleased, but have had success with the program. Says this enterprise is working with some of the most difficult cases. Need something there and supportive. Will be very disappointed if can't get this going along.

Alderman Delores Holmes, 5th Ward, says was concern other business owners. Says there is concern about whether these are really Evanston kids. Says need to clear up with staff. Doesn't think another meeting's delay would hurt anything. Says some other business owners do same sort of things. Says she supported Felony Franks, says this type of program is needed for individuals who don't fit into usual boxes. But need to make sure they're are Evanston residents and that we provide same kind of support to other businesses that hire felons and keep them.

Nyden says the dollars don't go direct to the student but to Curt's Cafe for the costs of operating the program.

Curt's operator says its a reimbursement program — Curt's gets the money after proving the students have completed the program.

Miller and Holmes move to have the item held until the next meeting.

Rainey says she believes the Harley Clarke committee process has been excellent. Expects to come up with excellent presentations for the May 18 public meeting.

Says also getting lots of theater professionals involved in planning for the Howard Street theater project.

Holmes … ward meeting May 21 at Fleetwood