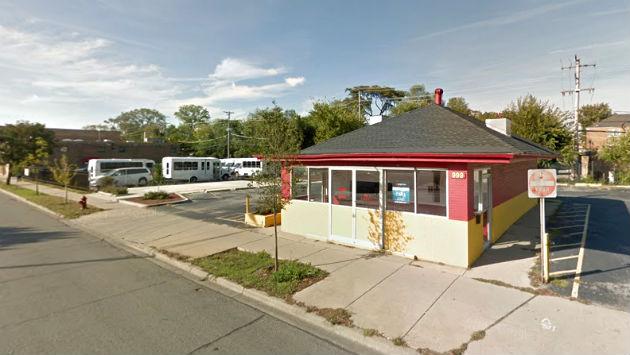 Meeting called to order at 8:10 pm. (Start of this meeting was delayed by an executive session of the Human Services Committee.)

24 people signed up to speak

Priscilla Giles says services for elderly people were not met during the storm — says sidewalks used to be shoveled by the city when there were a lot of vacant lots in town. Now it’s all built up, and the sidewalks aren’t shoveled.

Tina Paden says one of the properties included in a proposed development at Emerson and Jackson had started as an NSP2 renovation project … and new it’s being resold as a teardown.

Dan Fajerstein, who owns law office on corner of South Boulevard and Chicago Avenue, says needs the parking in the lot that’s being proposed for new affordable housing.

Calvin Lynn, owner of 424 South Blvd., objects to development on the city parking lot adjacent to his property.

Items on on tonight’s agenda …

Alderman Ann Rainey, 8th Ward, asks how many properties have been demolished each year.

Current fee is $10K for SF home and $3K per unit for multi-family dwellings.

Alderman Judy Fiske, 1st Ward asks for info on how many affordable units there are in Evanston and comparison to other communities.

In response to question from Mayor Hagerty, Sarah Flax, housing administrator, says the percentage of housing deemed affordable by a state agency increased from 15 percent to 17 percent recently.

Flax says there are issues with the data source for that.

Fiske notes that the state standard for an acceptable level of affordable housing it 10 percent.

Says need to consider the tax burden that impacts affordability.

Says her ward has a lot of seniors who are struggling to stay in their housing because of taxes.

Flax says HACC is still exploring financing for the planned expansion of the 1900 Sherman Ave. property.

But says she wants to deter speculation in residential housing.

Suggests might be able to do a legal non-conforming process for existing units.

Rainey opposes it. Says have to come a time when stop considering tenants as 2nd class citizens.

Says the undercurrent of the discussion by owner-occupant advocates is unfair. There’s a huge rental market in this town and tenants take very good care of their property.

Alderman Don Wilson, 4th Ward, says it would create an environment where a sophisticated investor could game the system.

Ordinance is rejected 6-3 vote. Fiske, Braithwaite and Revelle voted in favor of the ordinance.

Revelle says there are nuisance properties in some areas of the town because of loud properties, etc. Says nuisance premisis ordinance hasn’t been effective. Says annual renewal provision being added to the ordinance could provide an opportunity to address the issue. Asks staff to come back with a proposal.

Rue Simmons seconds the idea, not just for ADUs, but for nuisance premisis ordinance generally.

Braithwaite says need to give the ordinance more teeth.

Rainey says the nuisance premisis ordinance can work, just need to invoke it.

Alderman Melissa Wynne, 3rd Ward, says some city properties are not heavily used. Over the years have looked at various lots to see if they are developable. Most lots are very heavily used. But this lot — lot 1 — has historically been very much under-used — never been used more than 50 percent.

Says next to this lot are four townhouses owned by Housing Authoirty of Cook County, which could be combined with the city lot in a redevelopment proposal.

Says wants to have a meeting with the neighbors before moving forward with an RFQ. Wants to make sure community can support the project.

Moves to table the proposal until the City Council meeting April 8.

Fleming says concerned that will end up with too many restrictions on the proposal.

Fiske asks about greenspace on the site.

Block says plan includes a roof deck on the 2nd floor rear of the building.

Flax says have to work out how strong the preference can be, but can have some preference.