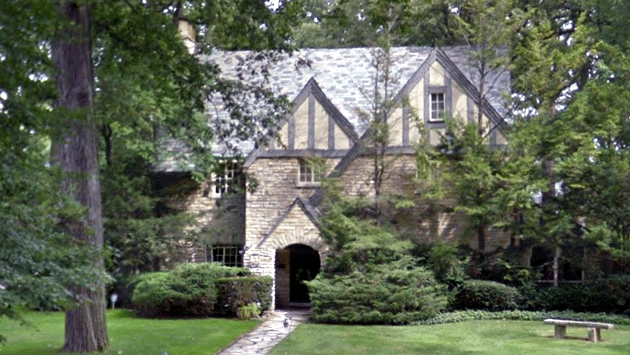 Public hearing on proposed expansion of the Howard/Hartrey Tax Increment Financing District. No public comment at the hearing. Council can't vote to approve the expansion until 14 days from now.

City manager reads letter saying he will not seek or accept any additional compensation for his service as the appointed township supervisor.

Junad Rizki says the city needs to make major improvements to its capital improvement process. Says improvements proposed at fire station #2 are not needed and that Harley Clark mansion is in much better shape that city officials claim.

Matt Malony speaks in favor of regulation of E-cigarettes.

Mary Brugliara, former Preservation Commission member, says there are many window replacement firms in the area who know how to make casement windows environmentally sound.

Tom Kendall, 724 Mulford, says he doesn't see changes in the E-cigarette ordinance that he understood from last meeting were to be made in it.

Carlos Ruiz, preservation coordinator. says the proposed replacement windows would be substantially different than the existing ones.

Mayor Elizabeth Tisdahl says friends of hers wanted to buy a house in Evanston that was not a landmark — and only discovered very late in the process that the house they were considering was landmarked. Ended up looking for a different properety. Tisdahl says city needs to do a better job of informing people.

Alderman Peter Braithwaite, 2nd Ward, asks whether there's a process for removing landmark status. Ruiz says there is — have to show that the house no longer meets standards for landmark status.

Alderman Fiske says the property is listed as a landmark on the city website.

Ruiz says would cost $40 per property to record them. Says it would be a substantial number of properties — perhaps more than 2,000.

Fiske says that would certainly protect the city against any future legal challenge.

Grover asks why it was placed on landmark list in 1972. Ruiz says there's no statement of significance on file for this property.

Grover says then it's hard to know why it was designated a landmark.

Fiske says there weren't many buildings added to the landmark list in the 1972 survey — they were especially outstanding properties.

Mark Muenzer, community development director, says the city could add a checkoff for landmark status that would be available at the time a purchaser comes to pay the property transfer tax. But he concedes that that would be awfully late in the game for someone planning to buy a house.

Wilson says it's shocking that the city doesn't record landmark status. Says that's an extraordinary disservice to a lot of people.

Says there's tons of stuff on the city's website — took him several tries to get to the list.

Says doesn't think city can hold the property owner to the ordinance given that it didn't do the logical step to provide notice to them.

Rainey says its hard to believe that real estate brokers and other people in the process didn't know it was a landmark. Says she wouldn't support having the city to pay for recording the landmark status.

David Kimbell says didn't expect when he bought his home last May to be standing in front of the council asking for approval of windows.

Says when buying the home determined that needed new windows for safety and security and other concerns.

Said tried to get close match to the current windows. Wanted ones that matched the historic value of the home.

Purchased the windows from company that advised them they were seeking permit. Then learned in early July that the permit had been rejected because of the landmark status.

Says the existing windows require people to lean out of the window opening to open or close the windows — worried about kids falling out.

Grover says Preservation Commission is doing it's job — but believes need to record the landmark status — amounts to an encumbrance on the property. Supports the appeal.

Braithwaite moves to grant the appeal and reverse the Preservation Commission's decision.

Wynne says she agrees with Braithwaite.

Jack Weiss from the Preservation Commission says if hadn't purchased the windows first and then asked for a permit he would have known about the landmark status.

Council approves the motion 7-2. Fiske and Rainey vote no. Rainey says she had promised to support the Preservation Commission.

Items taken off the consent agenda:

Alderman Holmes notes that she'd asked for a 5 p.m. starting time for Starbucks. But as adopted the ordinance said 2 p.m.

Wilson notes that the ordinance doesn't specify a time restriction at all now.

Wynne — who requested it be held last time — proposes an amendment to call an event that meets four of the eight proposed criteria for "high impact" instead of having to meet five of them.

Holmes says there's another issue when talk about amplification — said should be levels set and time of day and duration issues. Says she agrees noise level should be looked at.

Grover says she's not inclined to change the criteria count.

Rainey says overwhelmingly people in her ward felt the ordinance shouldn't be approved.

Says all the people she talked to are not smokers.

Says doesn't see reason for the law. Doesn't think it's as dangerous as people are claiming.

Every effort humanly possible to get people to quit smoking should be encouraged. Shouldn't ban e-cigarettes, she says.

Says she smoked for years and it took her 10 years to quit.

Wilson says he favors efforts to help people discontinue smoking. But because the products are unregulated, nobody knows what's going to be in the e-cigarette the person next to you is smoking.

Grover says letting people use electronic cigarettes where cigarettes are banned is only a convenience — can smoke outdoors, in own homes or cars.

Burrus says her brother is using e-Cigareets to try to quit smoking — doesn't let him smoke in the house.

City manager says the ordinance would only create restrictions similar to those for cigarettes.

"Shall the township organization be discontinued and abolished in Evanston Township?"

Vote on amendment is unanimous in favor.

Vote to hold the referendum is approved 7-2. Braithwaite and Holmes vote no..