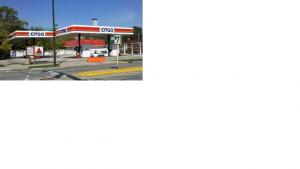 The Evanston City Council's Planning and Development Committee tonight rejected a plan to rezone property on Crawford Avenue near Gross Point Road for redevelopment as a drive-through bank.

P 1 and P 2 – Ordinance amending the zoning ordinance to allow a drive through at Crawford and Gross Point and rezoning a lot at 2635 Crawford for commercial use.

The proposal is for a Chase Bank branch at the site.

Megan Lutz, who lives next door at 2637 Crawford, speaks against proposal — says the drive-through would be just three feet from her house. 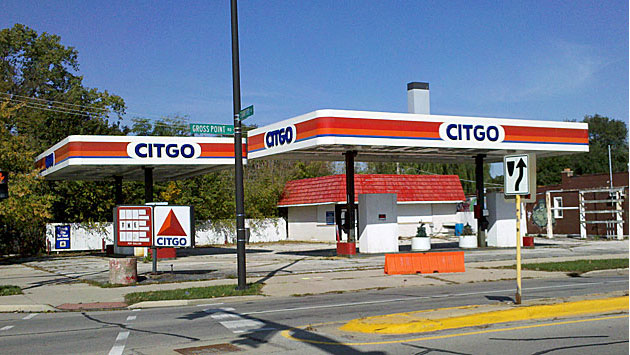 Joshua Huppert, 2630 Crawford Ave. (acrosss the street from the site) also objects to the zoning change. Says before he bought his house it was owned by the business next door, which claimed it needed to demolish the house for a parking lot, and city turned him down.

Says if people find out you can make money by taking the last house in a residential district, tearing it down and doubling your money — then people will be doing it all over the place.

Carl Bova, of 1322 Rosalee, about two miles from the site, says he doesn't see any need to change the R1 zoning of the vacant lot. Says could build the bank without the additional lot.

Several other people speak against the project, including Aaron Noffsinger of 3501 Hillside Road, who voices concerns about increased traffic and danger to children in the neighborhood.

Noffsinger also suggests that drive-throughs will be obsolete within a few years because of changing banking technology.

Attorney for the developer, Scott Borstein says rezonings are rare in Evanston, but this one does meet the standards set for rezoning.

Developer Richard Sapkin says the site is physically obsolete. Lot size for the gas station is only 11,000 square feet — very small for a gas station today.

Says it's a viable development, meets all the criteria and codes of the city and will benefit the neighbors.

Shows a redesign of the site that would provide a 15-foot separation from the adjacent house.

Larry Okrent, consultant for the developer, says the existing B1a commercial district is essentially surrounded by residential zones — and that's the pattern throughout Evanston. He says the proposed change is a logical extension.

Traffic engineer Louie Aboona says the bank would create about 600 trips a day — 300 in, 300 out. Says about half of those would be people who were already passing by the intersection now.

Also, Aboona says, the traffic from the bank would be about half the traffic the gas station used to have.

Aboona says the intersection isn't a major traffic accident problem relative to others in the city now.

Attorney for developer says their appraiser has presented information that there will be no adverse impact on the property values of houses in the neighborhood.

The appraiser, Mary Lindberger, says there's no evidence the juxtaposition of business and residental uses has caused decline in property values in the neighborhood.

She compared situation with properities adjacent to the Walgreens at Dodge and Main, the most recent previous similar rezoning situation in Evanston.

Alderman Mark Tendam, whose 6th Ward includes the site, says if there are questions about the rezoning for the drive through, he'd be open to having the ordinance introduced tonight and then referred back to the committee.

Alderman Don Wilson, 4th Ward, asks whether the gas station could be re-opened as a gas station.

Fiske says she's not quite sure why the bank has to be as large as what's proposed. She says other drive-through banks in town work on smaller lot.

Fiske suggests that the Chase branch at Central and Green Bay appears to be on a smaller site. (A quick check of the city's mapping service suggests that site is actually considerably larger — 33,000 square feet, compared to about 23,000 for the site under consideration at Crawford and Gross Point.)

Fiske says the border an alley provides between business and residential uses is very important.

Fiske says that after 20 years of selling real estate she's convinced that the change will depress the value of the house next door.

Rainey says she would support a bank on the gas station site, but that's about all.

Rainey moves to send the project back to staff,  take it off the agenda. She ays doesn't think the votes are there to approve it. She says an alternative proposal to have the bank just on the gas station site would be fine and would satisfy the neighbors.

Wilson moves to accept the report. (Discussion will be held until a future committee meeting — likely either Aug. 13 or Sept. 13.)