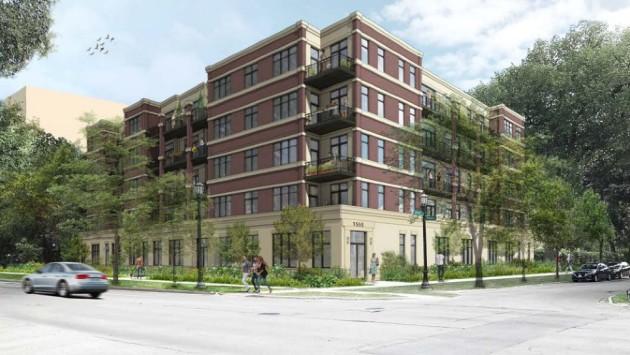 The committee unanimously recommended approval of plans for a five-story apartment buiding at 1555 Ridge Ave.

That action came after the committee approved an amendment by Alderman Don Wilson, 4th Ward. His amendment would removed a ground floor apartment that city staff had urged be included in the project and replace it with four additional parking spaces. It would also permit the developer to rent out parking spaces not used by building tenants to other residents of the neighborhood.

Wilson said he thought additional parking was more desirable for the building than a ground-floor apartment unit that would front on Ridge Avenue and that the option to rent unused spaces to neighborhood residents would help ease parking congestion in the area.

The Committee also recommended introduction for a proposed office building at 605 Davis St. downtown. Alderman Judy Fiske, 1st Ward, cast the only vote against that proposal saying she didn’t think the building was right for the location and would create dangerous traffic conflicts in the alley.

Other aldermen said they favored the project, but wanted to see the developer provide additional public benefits before the full City Council would vote on giving the project final approval, likely at its April 27 meeting.

The committee also recommended approval of plans to use up to $190,000 of federal HOME funds to build an accessible dwelling unit behind a rental property owned by the Housing Opporutnity Development Corporation at 1930 Jackson Ave.

Update 4/14/20: At the meeting of the full City Council Monday evening the 605 Davis office tower was introduced on an 8-1 vote with Fiske voting no. The 1555 Ridge apartment development was approved for introduction on the consent agenda.

Both projects will be up for final action at the April 27 City Council meeting.

The 1930 Jackson project was given final approval at the City Council meeting. Details about that here.