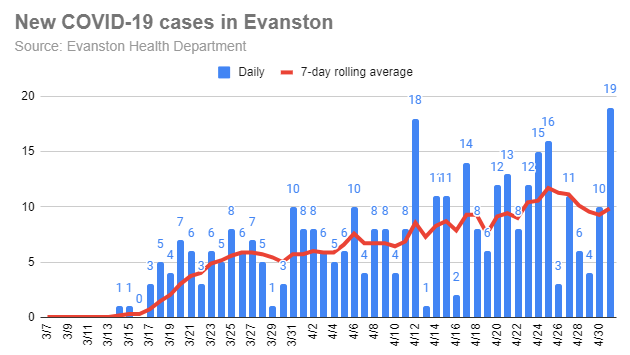 As hundreds of people protested outside the Thompson Center demanding an end to his stay-at-home order, Gov. J.B. Pritzker announced plans for an expanded contact tracing effort to try to reduce the spread of the disease.

He introduced Dr. Wayne Duffus, an infectious disease specialist hired by the state to ramp up tracing efforts in Illinois.

Duffus said the state will need to hire about 3,800 temporary workers to conduct the contact tracing work to supplement similar work already being done by county and local health departments.

He said he hopes to be able to launch the expanded tracing program by the end of this month.

Pritzker said the program was likely to cost the state $80 million.