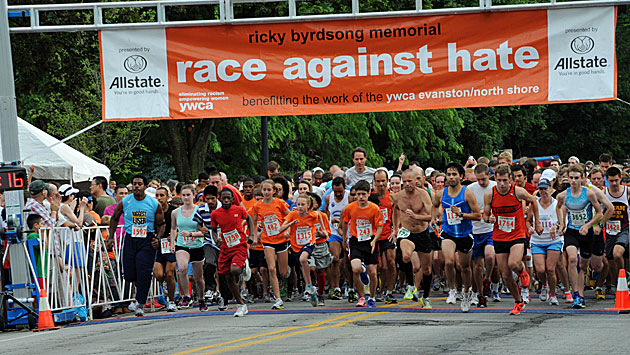 The event is named after the former Northwestern University basketball coach who was killed in a hate crime in 1999 in Skokie. 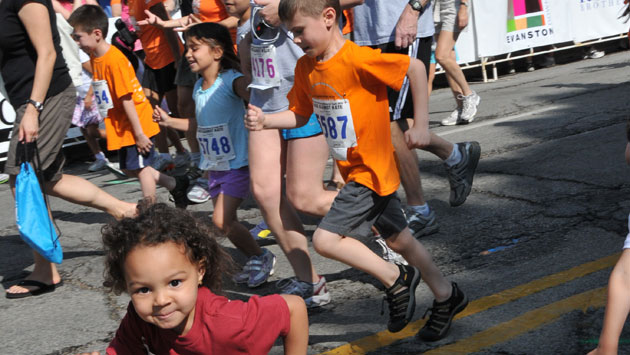 Kids joining in the event. (Photos by Genie Lemieux.)

The race benefits YWCA Evanston/North Shore programs in the areas of violence prevention and racial equity.

The event, which starts at Northwestern University's Long Field on Sheridan Road, includes chip-timed 5K and 10K runs, a 5K walk and a fun youth mile.

The top overall male finisher in the 5K was Matthew Marol of Evanston, who finished with a time of 15:38. Micah Beller was second with 15:34, and Alec Dinerstein finished third with 17:34.

Winning awards and cash prizes from Three Crowns Park were the top male finisher, 62 and over, Carle Rollins, 23:26 and the top female, Nancy Rollins of Evanston, 22:04.