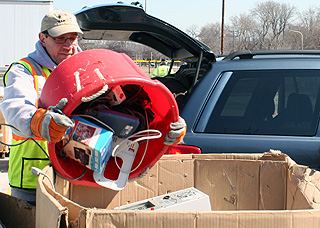 Evanstonians by the hundreds turned out today for a city-sponsored electronics recycling event at James Park. 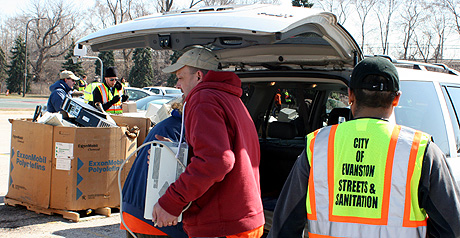 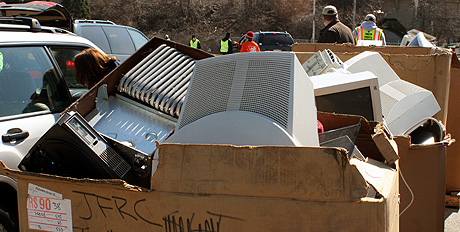 Electronics including television sets and computer computer gear, microwave ovens, phones, and VCRs were disposed of at the event — which filled nine semi-trailer trucks with the throwaways. 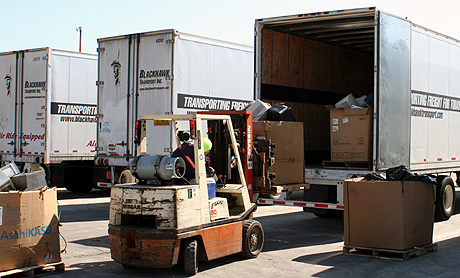 Residents of all 23 communities that are part of the Solid Waste Authority of Northern Cook County were eligible to drop off material.

Items collected at the event will be disposed of by CRT Processing of Janesville, Wis.