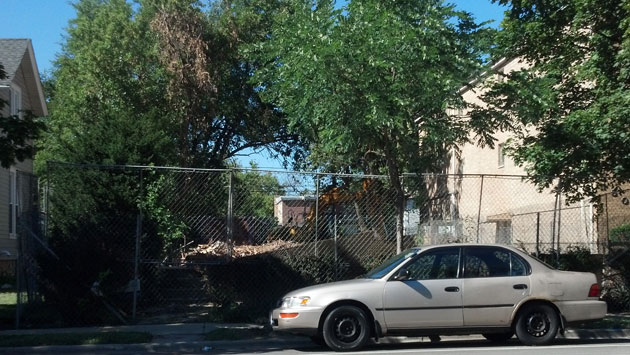 Eighteen months after it was acquired by Evanston's partner in a federal rehab grant program, the house at 1509 Emerson St. has been reduced to a pile of rubble.

The demolition of the property comes two weeks after complaints at a City Council meeting from an owner of a neighboring property that the city contractor had left the building open to the elements.

"If this was my property, you'd be giving me code violations," Tina Paden, of 1122 Emerson St., told aldermen. 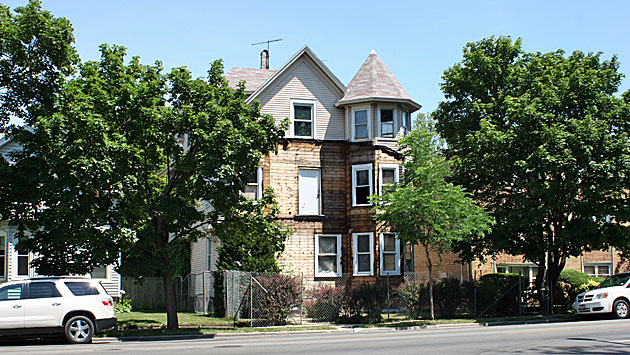 1509 Emerson St. after contractors determined it couldn't be restored.

The three-unit building was originally acquired by Brinshore Development in January 2011 for $96,000 from the Federal National Mortgage Association, which had foreclosed on the property after the previous owners defaulted on mortgages, issued during the real estate boom, that totalled $711,000.

But when contractors for Brinshore started working on the building, city grants administrator Sarah Flax says, it turned out that the three-unit building had originally been built as a single-family home and had numerous structural problems dating back to the long-ago conversion. 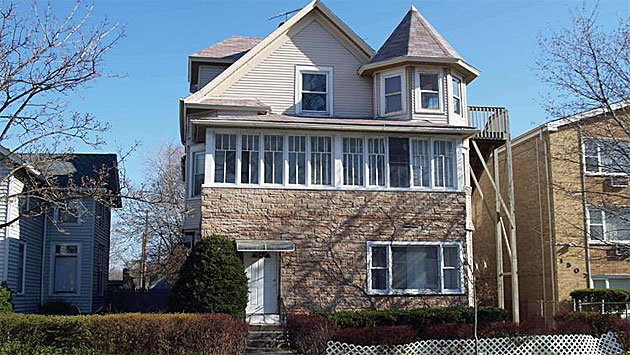 1509 Emerson St. in a Cook County Assessor's Office photo from before it went into foreclosure.

That made restoring the building impractical, Flax says. So now, she says, new housing will be built on the site.

The property at 1509 Emerson, Flax says, is one of four buildings, out of 100 housing units acquired under the federal Neighborhood Stabilization Program grant, that will end up being demolished.