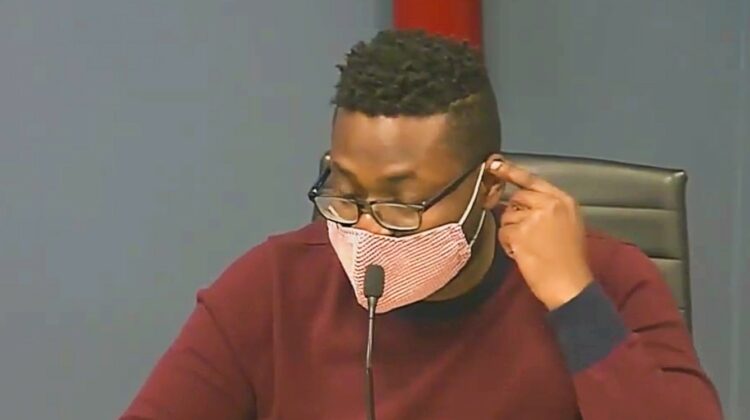 Ald. Devon Reid (8th) called this week for a variety of tax increases — many of which would hit middle-class Evanston residents.

At Monday’s City Council meeting Reid called for imposing a tax on leases for any property renting for prices affordable to households making more than the area median income and also charging higher rental registration fees on those units.

He argued the new taxes and fees on what he called “luxury units” would help defray the cost of property standards inspections.

Reid also argued that any household owning more than one car should have to pay a higher wheel tax fee for the additional vehicles.

He said, “People who are putting more of a burden” on the city’s transportation infrastructure “by owning multiple cars” should have to pay more.

He also suggested several additional revenue raising schemes, including increasing the city’s liquor tax — already the highest in the region at 6% — even higher for what he called “top shelf” — or more expensive — liquor brands.

And he suggested imposing a vacancy tax on residential property, claiming that “luxury rental developments” across the city often have units that sit vacant for an extended period. He claimed the vacancy tax would “encourage folks to lower rental costs.”

And he suggested that the city should impose what he called “a value added tax” for legal and consulting fees. The State of Illinois does not currently tax such services and the state currently collects sales taxes for municipalities and then distributes the money collected to the local communities.

Reid did not address whether imposing such a tax would lead attorneys and consultants to relocate to communities where their services were not taxed.

No other council members responded to Reid’s proposals and it was not clear whether any of them have a realistic chance of becoming part of next year’s city budget.