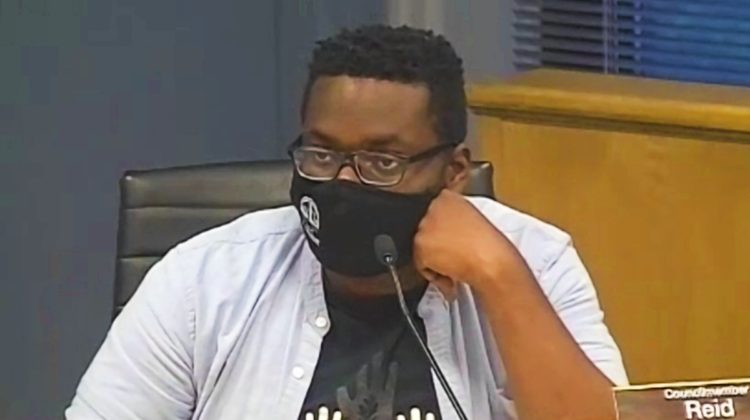 The Evanston City Council’s most loquacious member has lost his bid to double the time limit on aldermanic speeches.

During a marathon five-and-a-half-hour meeting of the Council’s Rules Committee Wednesday night, Ald. Devon Reid (8th) repeatedly pressed to have the time limit — now five minutes per agenda item — doubled to 10 minutes — and repeatedly claimed that other members were exceeding the current limit.

The first time he proposed the change his motion failed to get a second. Hours later, when he raised the issue again, it was rejected on a 2-7 vote, with only Ald. Clare Kelly (1st) joining Reid in voting for the longer time limit.

Corporation Counsel Nicholas Cummings said that the way the time limit is currently written, it allows flexibility, because the limit is only imposed if another council member objects to the length of a member’s comments, and it provides the option for the time limit to be extended if a majority of the Council agrees.

The committee approved a variety of other changes to the council’s rules, but rejected a few, including a plan to ad a “New Business” topic to the Council’s agenda.

On other topics, after an extended discussion of proposed changes to the city’s ethics code, including an online interview with Steve Berlin, executive director of the City of Chicago’s Board of Ethics, the committee voted to postpone action on the changes until a future committee meeting.

The committee voted to allow new City Clerk Stephanie Mendoza to hire and supervise a deputy city clerk, subject to the city’s human resources policies. The Council had shifted responsibility for supervision of the deputy city clerk to the city manager after disputes arose over Reid’s management of the office during his term as city clerk.

And Reid’s effort to have the city clerk named parliamentarian for the City Council failed after Ald. Eleanor Revelle (7th) said the parliamentarian needed to be impartial — and therefore should not be an elected official who could be subject to political pressures.