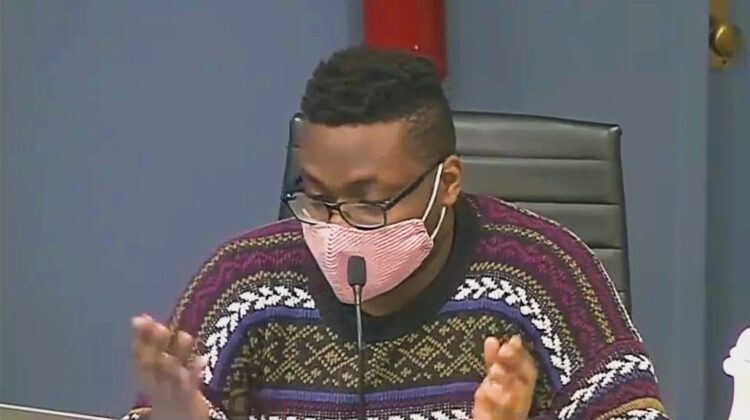 Evanston Ald. Devon Reid (8th) takes over as Rules Committee chair Monday night with an agenda packed with measures he is proposing — including reviving the failed effort to give Evanston a ballot initiative process like the one in California.

The Evanston Voter Initiative campaign in 2019 sought to place a measure on the 2020 primary ballot that would have created a petition and referendum process for adoption of city ordinances.

Although the petition for the plan received sufficient signatures to be placed on the ballot, it was never put to a vote, after the Illinois Appellate Court ruled that it was not authorized by law and that the question as presented would confuse voters.

During his term as city clerk, Reid was instrumental in promoting the initiative proposal, including organizing appearances in Evanston by former Gov. Pat Quinn, a long-time advocate of the initiative process.

Another proposal from Reid up for discussion at the 5 p.m. Monday meeting of the Rules Committee would shift control over appointment of the city’s corporation counsel from the city manager to the city council.

In a memo to the committee, Cummings says the change would require referendum approval.

Cummings says that in four out of five nearby communities checked the village manager has the power to appoint the corporation counsel. The exception he noted is Skokie, where the mayor appoints village attorneys with the advice and consent of the village board.

Also up for consideration at the meeting is a proposal from Reid to reduce from seven to six the number of votes required to hire or fire the city manager. The nine council members and the mayor get to vote on those issues, so six votes would be a simple majority.

When that proposal was discussed at the last Rules Committee meeting on Oct. 4, Ald. Eleanor Revelle (7th) said either hiring or firing a manager is “a very consequential action” and should require a supermajority vote.

Ald. Peter Braithwaite (2nd) said changing the rule would interfere with the current search for a new city manager.

“Our former city manager just resigned, and if anyone was to watch how long our meetings go, I think it’s going to be a very challenging search” as is, Braithwaite said. Making it easier to fire a new manager would make the search even harder, Braithwaite said, andt many good candidates “would not under any circumstances touch this town.”