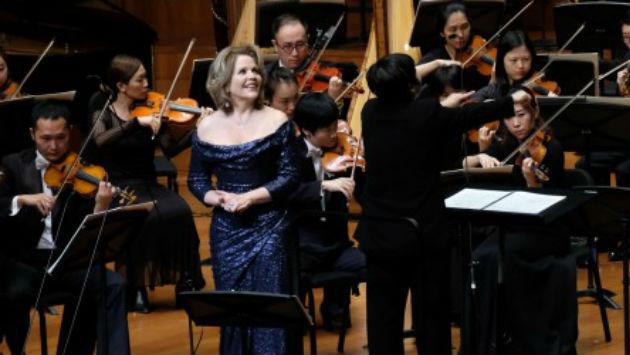 Northwestern University has announced that world renowned soprano Renee Fleming will deliver this year’s commencement address in Evanston in June.

The commencement ceremony will be held at 9:30 a.m. on Friday, June 22, at Ryan Field on Central Street.

Often referred to as “the People’s Diva,” Fleming routinely performs at the world’s most prestigious opera houses and concert halls and has served as the first creative consultant for Lyric Opera of Chicago since December 2010, where she remains a vice president and a member of the board.

At Northwestern, she led a master class in 2014, featuring four promising voice and opera program students in the Bienen School of Music.

She will appear on Broadway this spring in a major production of Rodgers and Hammerstein’s American classic, Carousel. Last year, she sang the Marschallin, one of her most acclaimed roles, in a new production of Der Rosenkavalier at New York’s Metropolitan Opera.