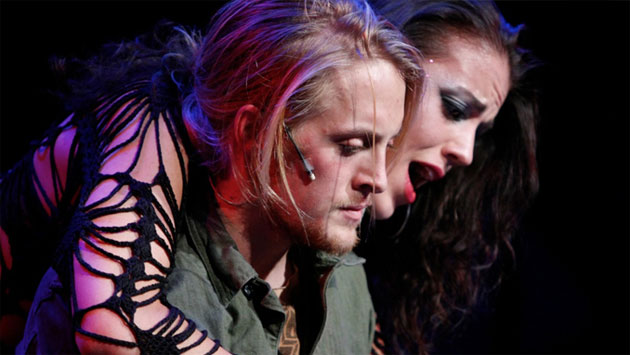 A three-week-only production of the award-winning Broadway rock musical “Rent” will conclude the fall portion of the Northwestern University Theatre and Interpretation Center's mainstage season.

A three-week-only production of the award-winning Broadway rock musical “Rent” will conclude the fall portion of the Northwestern University Theatre and Interpretation Center's mainstage season.

Inspired by Puccini’s opera “La Boheme,” “Rent” will be staged from Nov. 4 to 20 at the Ethel M. Barber Theater, 30 Arts Circle Drive, on Northwestern’s Evanston campus. Performances are at 8 p.m. Friday through Saturday, and 2 p.m. Sunday. There also will be an additional matinee performance at 2 p.m. Saturday, Nov. 12 and a special evening performance at 8 p.m. Thursday, Nov. 17.

On Nov. 17, TIC will partner with the League of Chicago Theatres to host a “Theater Thursdays” event, featuring a 6 p.m. pre-show reception catered by DucknRoll and a post-show discussion at the Barber Theatre with the “Rent” cast and creative team members. Post-show discussions also will follow the Friday, Nov. 4 opening night and the Sunday, Nov. 6 matinee performances.

Directed by Joseph Jefferson (“Jeff”) Award winner and Northwestern faculty member Dominic Missimi and music direction by Ryan T. Nelson, “Rent” is the groundbreaking story of a group of friends struggling to survive on New York’s Lower East Side of the 1990s. Under the shadow of drugs and the AIDS crisis, “Rent” offers a heartrending and hopeful look at love and friendship in the face of illness.

“I’ve directed ‘La Boheme’ three times so I’ve always been fascinated by the way composer and playwright Jonathan Larson was inspired by that opera,” said Missimi. “Ultimately, ‘Rent’ is a story about friendship and the personal bonds that help us survive terrible tragedies in our lives.”

With stage design by Northwestern third-year MFA design student Yu Shibagaki, the 450-seat Barber Theater will be transformed into a multi-level Lower East Side, with numerous contemporary allusions.

The two-and-a-half hour production includes one intermission and features a 20-member cast of Northwestern undergraduate students, with two of the roles double-cast.

This program is partially supported by a grant from the Illinois Arts Council, a state agency.

Single tickets are $10 to $25; tickets for groups of eight or more are $8 to $22 each; $5 tickets are available exclusively to Northwestern students with valid IDs on advance ticket purchases only. Tickets may be purchased through the TIC Box Office at (847) 491-7282 or www.tic.northwestern.edu. All post-show discussions are free and open to the public.