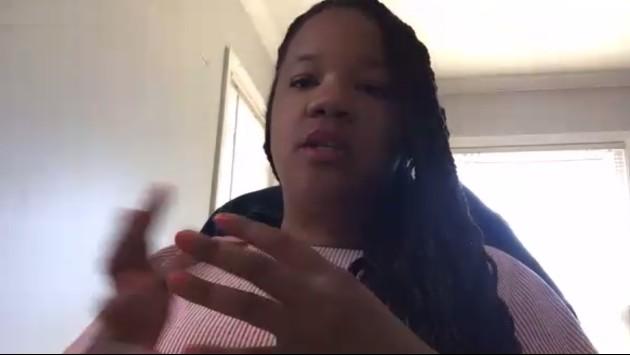 Evanston’s Reparations Subcommittee this morning agreed on the structure of a program that would give black residents who suffered housing discrimination as a result of city actions forgivable loans to buy homes in the city.

The program, which is expected to be sent to City Council for action after one more review by the subcommittee two weeks from now, would apply for the purchase of one-to-four unit residential buildings as well as townhouses and condominiums.

It would provide loans of up to $25,000 toward the purchase of such a property within the Evanston city limits to black residents who either themselves suffered discrimination in housing as a result of a city ordinance, policy or practice or who are direct relatives of a black resident of Evanston who suffered such discrimination during the period from 1919 to 1969.

The subcommittee chair, Alderman Robin Rue Simmons, 5th Ward, said she anticipates that the committee will develop a similar program for existing homeowners in need of repairs to their property over the next few months.

City staff had drafted the proposal with a $10,000 cap on the amount of each loan, but that was raised to $25,000 after Alderman Ann Rainey, 8th Ward, suggested that the lower amount wouldn’t be enough to provide significant help to would-be home buyers.

She added that she and Rue Simmons are working with a local bank to develop procedures for administering the loan program.

Under the proposal the loan would be gradually forgiven over a 10 year period for buyers who continued to live in the property. Any remaining balance of the loan would have to be repaid if the property was sold before the 10-year term expired.

An earlier version of the proposal, devleoped by Rue Simmons, would have limited the program to homes within the western portion of her ward, but after review by the city’s legal staff, it was expanded to cover the entire city.

Deputy City Attorney Nick Cummings said treating the funds as a loan rather than a grant would be more beneficial to the recipients because they would not have to pay state or federal income taxes on the money received. In addition, he said, if the money were provided as a grant it might raise the recipients income enough to disqualify them from other assistance programs they might be using to qualify for the home purchase.

Cummings said city staff is still doing research to determine what city policies during the 1919-1969 period might qualify to demonstrate proof of discriminatory action by the city. “We’re still looking for additional resources to help understand the extent of the city’s complicity in the discrimination.”

The City Council has approved allocating up to $10 million over the next 10 years of income from the tax on legal cannabis sales to various reparations programs.

The subcommittee hopes to develop several different reparations programs and it was not entirely clear how much of the funds would be devoted to the home buyer’s program, although the members discussed an initial allocation of $400,000 to it and the home repair program combined.

The city is expected to start receiving revenue from local cannabis tax in October. It will be collected on cannabis sales starting next month.