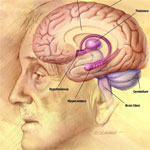 A new analysis of census data asserts that Evanston has more brainpower than any town its size in Illinois.

The study by American City Business Journals looks at educational attainment as reported by the U.S. Census and combines that with average earnings data for each level of education to create an index number that permits ranking communities.

The top ranked town nationwide in Evanston's size class was Bethesda, Md., with a score of 38.303.

All the top-ranked small cities on the list tend to be either the home of or located adjacent to major universities.

The rankings were split by population class because of the tendancy of smaller communities to have more homogeneous populations.

Put all towns, regardless of size, into a single list, and Evanston ranks 280th, coming in 18th within Illinois behind a collection of much smaller towns towns mostly in the north and western suburbs of Chicago.