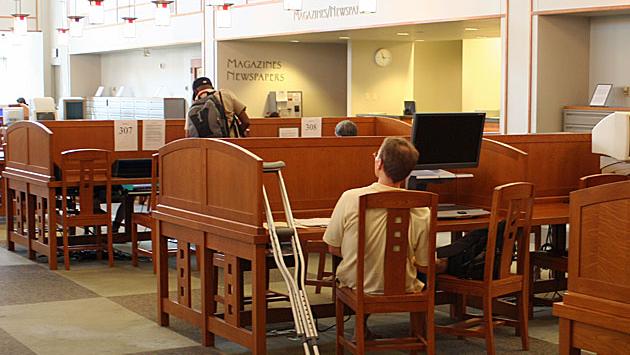 The Evanston Public Library board reportedly has chosen the number two official of Chicago's library system as its new director.

The reference room at the Evanston Public Library.

The Evanston Public Library board reportedly has chosen the number two official of Chicago's library system as its new director.

The Evanston Review reports that the board will announce at a special meeting Wednesday that Karen Danczak Lyons, acting commissioner of the Chicago Public Library system, has accepted an offer to head the library in Evanston.

Danczak Lyons, 54, was named to the number two position in the Chicago library system in 1993 by then mayor Richard Daley after serving two years as his budget director.

Her appointment to the Evanston position comes just days after the Evanston City Council approved on a 5-4 vote a plan ceding control over the library's budget to the unelected library board.

Dempsey, and Danczak Lyons, had overseen a massive expansion of Chicago's branch libraries under Mayor Daley.

Instead of choosing Danczak Lyons to replace her, Emanuel named a San Francisco library official, Brian Bannon, to take over the Chicago library system later this month. Bannon has spearheaded online initiatives and other computer-based learning programs in San Francisco.

The recent turmoil in Evanston's library system has largely centered around budget cuts that led the library board to close the south branch library and have threatened the future of the north branch.