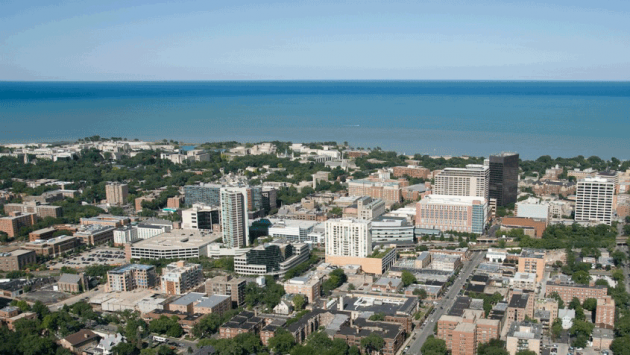 A new analysis — using an eclectic set of criteria — ranks Evanston as the fourth wealthiest city in the Midwest.

The report, from a website called NerdWallet, looks at median household income, percentage of homes without a mortgage, median home values and the average credit limit for credit card holders in 475 U.S. cities with at least 65,000 residents.

Combining those criteria, Evanston ranked just 84th nationwide, but beat out the vast majority of other towns in the region.

Regionally, Evanston's median household income of $73,671 ranked eighth, our median home price of $315,600 ranked third, our percentage of homes without a mortgage, at 28 percent, was tied with Palatine and Schaumburg for eighth, and the average credit limit of $53,502 came in fifth.

Ten Illinois towns — mostly Chicago suburbs — made the top 20 in the Midwest. Our neighbor to the west, Skokie, came in 11th place. Several more affluent towns north of Evanston were excluded from the list because they have less than 65,000 residents.

California cities dominated the top of the national list — largely driven by extremely high home values in those communities.