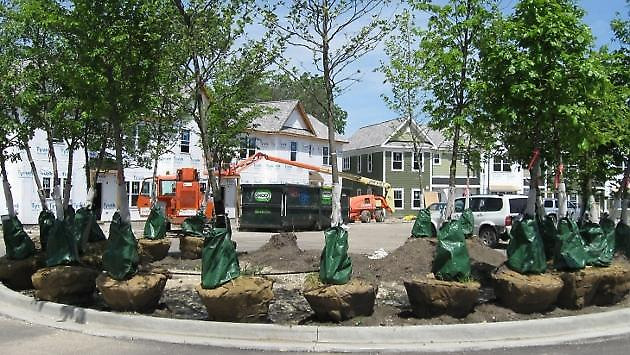 A report prepared for the City of Evanston says the $18 million federal neighborhood stabilization grant program has created jobs as well as improving housing in two city census tracts.

The report, from Northwestern University undergraduate William McLaughlin, says the program has on average provided 33 full-time equivalent construction jobs over its four-year-life and that 75 percent of nearly $7 million in subcontracts went to businesses owned by minorities or women or ones that are Evanston-based.

So far the city and its private partner, Brinshore Development, have acquired 91 units of vacant housing under the program, completed rehabilitaion on 70 and sold or rented 47.

The full report is available online.

Top: A portion of the Emerson Square complext under construction last month.