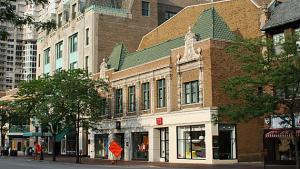 A preliminary report from a consultant says it may be possible to convert the former Varsity Theatre downtown Evanston into a performing arts space without a major commitment of city funds. 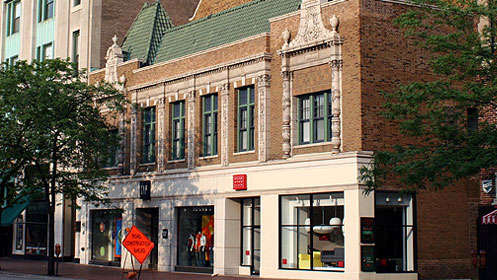 A preliminary report from a consultant says it may be possible to convert the former Varsity Theatre downtown into a performing arts space without a major commitment of city funds.

Consultant Kennedy Smith says restoring the Varsity would be essentially a historic preservation project that could draw support from "an untapped constituency" that doesn't typically contribute to the arts.

She said the project could make use of historic preservation tax credits to attract potential funders.

But Smith conceded that the project faces financial chllenges because local performing arts groups can't afford market-rate rents, the city doesn't have funds to fund a performing arts space and the types of events that might bring in market-rate revenue wouldn't fit with other community goals.

The report, part of a $50,000 city-funded effort led by Downtown Evanston to find new uses for the building, was presented to City Council last week.

Smith said Evanston has an unusually large number of performing arts groups and is also unusual for a community of its size in not having a performing arts center downtown.

She said such a center can do a lot to give a downtown area economic life in the evening by attracting people to performances who are also likely to eat in downtown restaurants and shop in downtown stores.

But, because of the arts groups' limited resources, she said a new center would need to launch essentially debt free and perferably with an operating endowment as well.

She said an architect who looked at the building as part of the research process concluded that there aren't any major structural problems with it.

She suggested that if most of the existing retail space on the first floor was maintained and the performing arts space was limited to the now-unused second floor that it could probably be home to a couple of arts groups and provide additional shared space for others.

The Varsity, at 1710 Sherman Ave., was built as a movie house in the 1920s. It was Evanston's largest single-screen theater until it closed in the 1980s. Its first floor was then converted into retail shops.

Group to scope out Varsity prospects