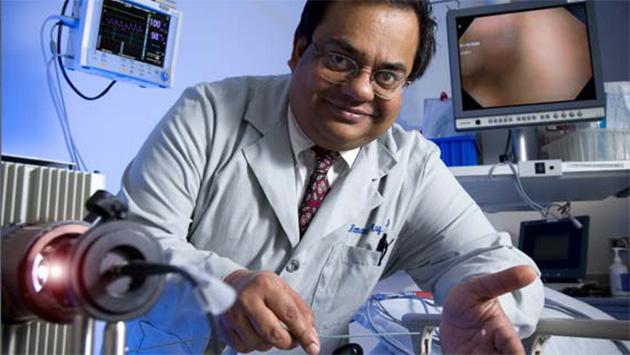 Two Northwestern University spin-off companies, one based in Evanston, are among those spotlighted in a new national report issued this week by The Science Coalition.

These companies — while only a tiny fraction of the new companies formed each year — are contributing to the U.S. economy in a significant way.

The Northwestern companies included in the Science Coalition report are:

Each year, the University helps new startup companies get their start. In fiscal year 2013 alone, 11 new startups were launched based on Northwestern technologies.

“Innovation and new knowledge are the currency of the 21st century,” said Alicia Loffler, associate vice president and executive director of Northwestern’s Innovation and New Ventures Office. “Investing in research that fuels new knowledge is no longer a choice if we want to maintain our competitive advantage in the world. Innovation catalyzes more innovation and creates higher standards of living, better jobs and increased productivity.”

Northwestern receives more than a half billion dollars of sponsored research annually.

“We have developed an infrastructure at Northwestern to ensure that the most promising innovations are translated into useful products that can benefit the public,” Loffler said.

American BioOptics and Polyera sprung out of this supportive environment and the creative research — much of it federally funded — being conducted in Northwestern labs.

Tobin J. Marks, Vladimir N. Ipatieff Research Professor in Chemistry in the Weinberg College of Arts and Sciences and professor of materials science and engineering, co-founded Polyera in 2005.

Federal funding for R&D has been on a downward trend for the past decade, with funding levels in 2013 at historic lows. Sequestration, which began in March 2013, is set to run through 2021 and will wring an additional $95 billion from federal research budgets over this period.

University officials says the national disinvestment in science will have real consequences because research and the transformative discoveries that flow from it often require sustained funding over many years to yield results.

American BioOptics is an example of this return on investment. Grants to Backman from the National Institutes of Health and the National Science Foundation totaling well over $1 million enabled the development of the core optical technology behind the company: a non-invasive test for the early detection of colorectal cancer. The highly accurate and inexpensive test, which could save thousands of lives once in wide use, is currently in clinical trials across the country. Large-scale production of the product will create numerous manufacturing jobs.

Polyera develops and supplies functional inks to the printed and flexible electronics industry that will allow for the production of truly flexible displays, low-cost RFID tags, inexpensive solar cells, and sensors designed to detect a variety of stimuli, including temperature, pressure, radiation and chemical identity. Federal grants from a wide range of sources have supported the discovery of the high-performance semiconductor and dielectric materials from more than a decade of Northwestern research. The company now has approximately 65 employees.

As the Sparking Economic Growth 2.0 report points out, university research and the companies born from such research are a driving force behind much of the innovation in the United States. They are bringing forward innovations with the potential to transform industries and solve some of the world’s greatest problems. Since industry conducts relatively little basic research today (approximately 20 percent), the “seed corn” produced at research universities is essential to U.S. industry and its ability to compete.

Research universities play an important role in the creation and future success of spin-off companies, providing a nurturing environment and critical assistance to researcher-entrepreneurs aiming to bring research discoveries to the marketplace.

A complete list of Northwestern startups is available online.

The Science Coalition is a nonprofit, nonpartisan organization of more than 50 of the nation’s leading public and private research universities, including Northwestern University. It is dedicated to sustaining the federal government’s investment in basic scientific research as a means to stimulate the economy, spur innovation and drive America’s global competitiveness.