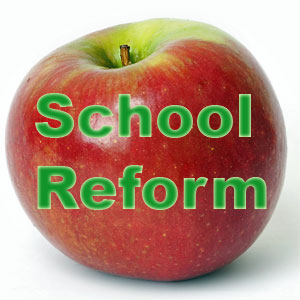 SPRINGFIELD — Wealthy school districts in Illinois receive less state funding than not-so-wealthy ones, except when it comes to teachers' pensions.

SPRINGFIELD — Wealthy school districts in Illinois receive less state funding than not-so-wealthy ones, except when it comes to teachers' pensions.

Taxpayers are subsidizing teachers' pensions in wealthy school districts, according to a report released today by the Illinois Policy Institute, a right-of-center think tank.

The issue of shifting pensions costs has created strange bedfellows.

The report says that local school districts should take over the state's share of teachers pension funding.

"Today, every unit of government — from municipalities, to park districts, to Chicago Public Schools and state government — is responsible for paying the 'employer share' of pension costs," said John Tillman, CEO of the Illinois Policy Institute. "Only in K-12 education outside of Chicago is this not done."

Shifting the state's pension costs to the local school districts would cost, on average, 3.7 percent of the district's annual budget.

The policy institute also suggests that most school districts could avoid the budget hit by making teachers pay the full employee share of pension contributions.

Update 4:00 p.m. 5/4/12: The policy institute's claims regarding Evanston teacher pension payments have been called into question by several teachers, and we're working on a follow up story. Stay tuned.