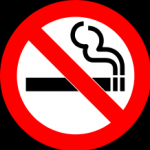 The Evanston Health Action Council tonight will urge Evanston aldermen to raise the minimum age for tobacco sales from 18 to 21.

The health group cites the experience of Needham, Mass., which made 21 the minimum age to buy cigarettes in 2005 and saw cigarette usage among high school students decline from 12.9 percent before the change to 6.7 percent by 2010, according to a report in the New England Journal of Medicine.

Needham's youth smoking rate, already somewhat lower than other communities, dropped even more sharply than the rate in neighboring towns after the ban. Advocates argue that shows the ban was effective and that teens didn't simply go to the next town over to buy cigarettes to evade the ban.

Smoking rates among teenagers at Evanston Township High School have dropped dramatically recently, from 14 percent in 2011 to 8 percent in 2012, according to a study cited by the health council.

They also argue that teen brains are more susceptible to the addictive qualities of nicotene than those of adults.

And they say that while smoking rates have decline, it remains the number one preventable cause of death in the United States, killing nearly a half million Americans and costing nearly $193 billion a year in health care expenses and lost productivity.

The presentation is scheduled for tonight's Human Services Committee meeting. The issue appears as a discussion item on the committee agenda so no proposed ordinance has been drafted yet that would impose the change.

Changing the minimum age for tobacco sales would require action by the full City Council.