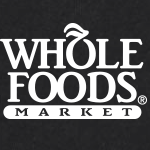 The Chicago Sun-Times reports the store is one of seven — four in Chicago and three in the suburbs the upscale grocer is purchasing.

Crain's Chicago Business, which first reported last month that Whole Foods was planning to acquire the Green Bay Road Dominick's, in a story today said it was unable to confirm whether that store is actually among the ones being acquired.

The Sun-Times report quotes a company spokesperson as saying the stores are likely to remain closed for a year while they are remodeled for the new chain's use.

The acquisition of the Green Bay Road property would bring to three the number of Whole Foods stores in Evanston.