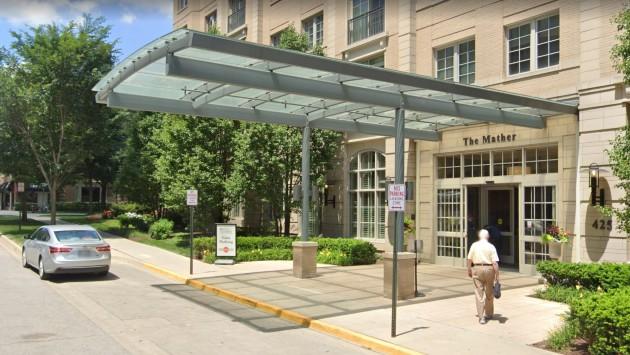 The number of COVID-19 cases reported by the Illinois Department of Public Health among residents and staff at Evanston long-term-care facilities has grown from 19 to 83 in just under a week.

And at least five more cases have been reported by the facilities themselves that aren’t yet reflected in the IDPH statistics.

However only one additional death has been reported at an Evanston facility since the IDPH tally released on Sunday, April 19, bringing the death toll at facilities here to five.

Aperion Care, at 1300 Oak Ave., which previously reported three COVID-19 cases, now is listed as having 27.

Three Crowns Park, at 2323 McDaniel Ave., which previously reported 10 cases, now is listed as having 18. However no additional deaths have been reported there, beyond the four reported as of last Sunday.

The Grove of Evanston, at 500 Asbury Ave., which wasn’t identified in the previous IDPH report, now is listed as having 14 COVID-19 cases.

Symphony of Evanston, at 820 Foster St., which was reported as having one COVID-19 case last Sunday, now is listed as having 13 cases with one death.

Westminster Place, at 3200 Grant St., which was reported as having three COVID-19 cases last Sunday, now is listed by IDPH as having nine cases. But the non-profit, on its Facebook page, lists the current tally as 12 and says those taken ill include 11 staff members and just one resident.

The Mather, at 425 Davis St., is not yet listed by IDPH as having any cases. But on its website, the Mather reports that one resident of its life center and one employee tested positive for COVID-19 this week. (Update 4/26/20 7 a.m.: The Mather reported a second life center resident diagnosed with COVID-19 on Saturday.)

Albany Care, at 901 Maple Ave., is listed by the IDPH as having no increase in cases beyond the two that were reported on Sunday.

The IDPH report, which was last updated on Friday, does not list any COVID-19 cases at two other Evanston long-term-care facilities, Dobson Plaza at 120 Dodge Ave., and Greenwood Care, at 1406 Chicago Ave.

Because the long-term-care facility counts include employees who may not live in Evanston, they aren’t directly comparable with the count of all COVID-19 cases among Evanston residents, which, as of Friday, stood at 288.