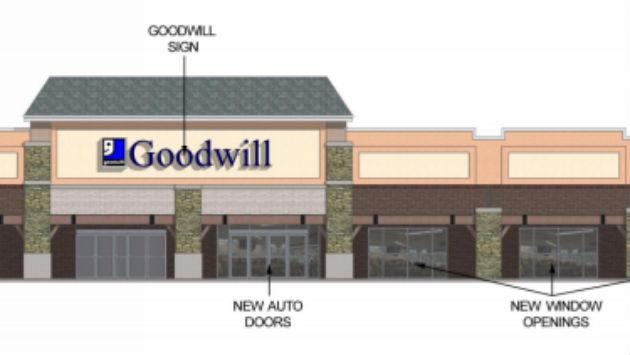 Goodwill Industries plans to open a resale shop and donation center in the Evanston Plaza shopping center in the space formerly occupied by an A.J. Wright store.

A special use request for the resale store will be reviewed by the city's Design and Project Review committee this afternoon.

According to plans submitted to the city, the 18,440 square foot store would include a 10,532 square foot sales floor, a 6,161 square foot back-of-house area for storage, loading, donations and production, plus an enclosed 1,741 square foot loading dock.

The company says it has 1.4 million loyalty club members in the region, including 4,200 in the Evanston area and says its sales have recently grown faster than those of discount retailers like Walmart, Target and Family Dollar.

It says the store will employ 40 to 50 people in part- or full-time jobs with about 15 people on site at a time. 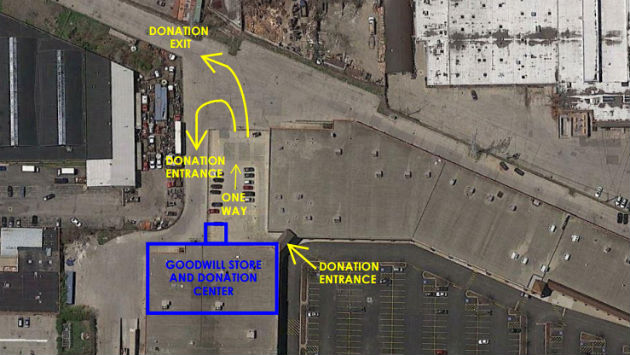 An aerial view, with west at the top, showing the planned path for customer cars through the donation area on the west side of the store.

The A.J. Wright discount retail store in the plaza closed in 2010 as part of a nationwide phase-out of the brand by its owner, TJX Companies.

Despite efforts at the time by city officials to persuade TXJ to replace it with its more upscale upscale HomeGoods concept, the space has remained vacant ever since.

The deal with Goodwill is part of the effort by the center's new owners, who also operate the Valli supermarket in the plaza, to lease up the many vacant storefronts on the property.

Following review by the DAPR committee this afternoon, the plans will also require review by the Zoning Board of Appeals before a final decision on whether to approve the store is made by the City Council.