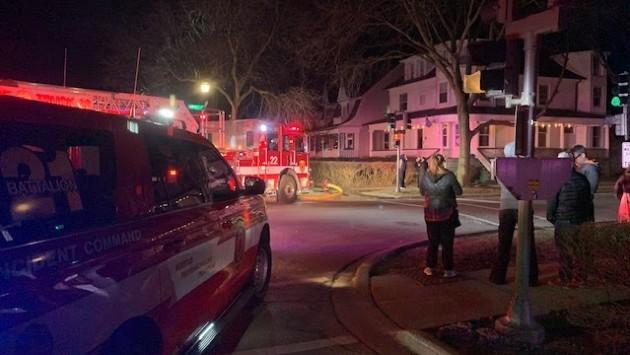 Evanston firefighters say they rescued a resident and a family cat while fighting a fire in a single-family home in the 2200 block of Sherman Avenue Sunday night.

Deputy Chief Paul Polep says the fire was reported at 9:09 p.m. and firefighters found heavy fire engulfing the south side of the residence, along with heavy smoke conditions throughout the building.

He says firefighters also noticed a confused resident in the front doorway of the home. They got the resident safely away from the fire and then entered the house where they rescued the family cat while putting out the fire within an hour after they arrived.

The alarm was upgraded to the Second Level of the MABAS Box Alarm system, bringing in additional equipment from other municipalities.

Two firefighters were transported to area hospitals with minor soft tissue injuries, Polep says, and the resident of the home was also hospitalized in good condition.

The cause of the fire is under investigation by the Evanston Fire Prevention Bureau.