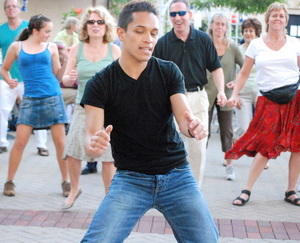 Evanston residents of all ages gather on summer Thursday evenings to step, twirl and swing downtown.

“What day is it?” Announcer Jim Parks yells to the crowd.

“Thursday!” they shout back.

“What do we do on Thursdays?”

That’s the gist of “It’s Thursday — Let’s Dance!” a six-night series that concludes on August 20.

Participants receive free dance lessons at 6:30 p.m. At 7:30, they dance to a featured band.

“We love it,” says Evanston resident Tom Gemmell, 720 Colfax St., who busts his moves alongside his 6-year-old daughter and 2-year-old son. “We love to dance and we like the kids to learn how to dance.”

This week’s gala was Evanston resident Cindy Martin’s first time dancing at the event. With her apartment nearby, she had heard the music and came just to listen once — but this week, she finally decided to dance.

Though she felt a little self-conscious, she had a good time.

“A lot of times in the downtown during the summer, when the students aren’t here, it’s a little quiet,” she says. “So this idea came up just to kind of bring the night life alive on Thursday nights,” she says.

About 10 sponsors cover the cost of the event. Admission is free.

More photos from the event 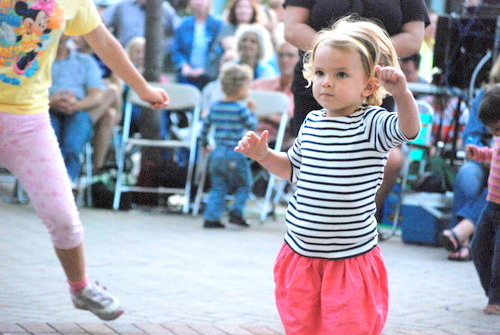 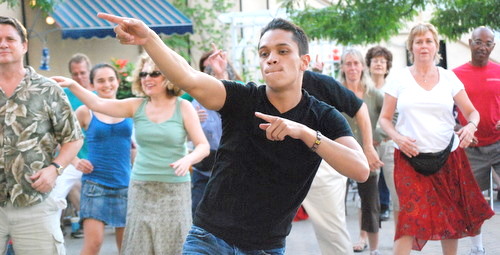 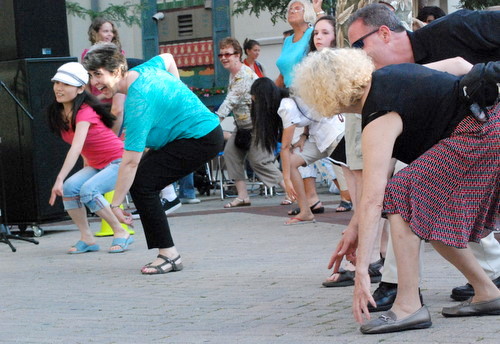 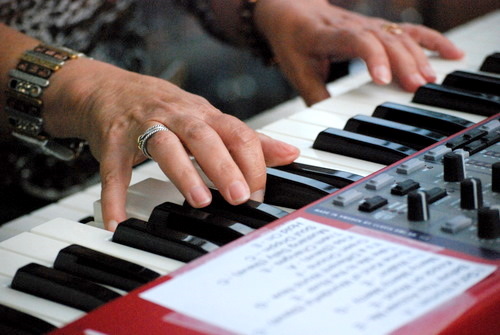 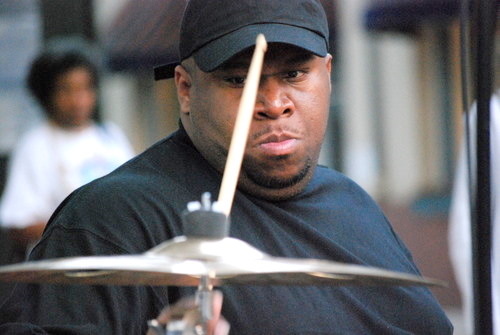 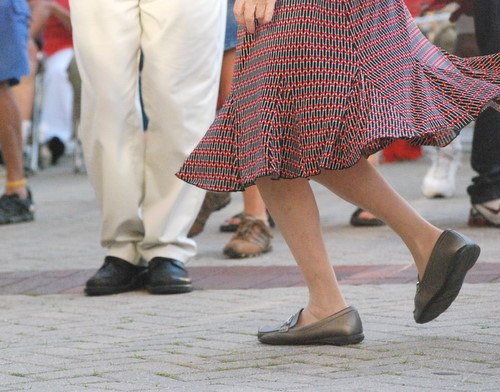