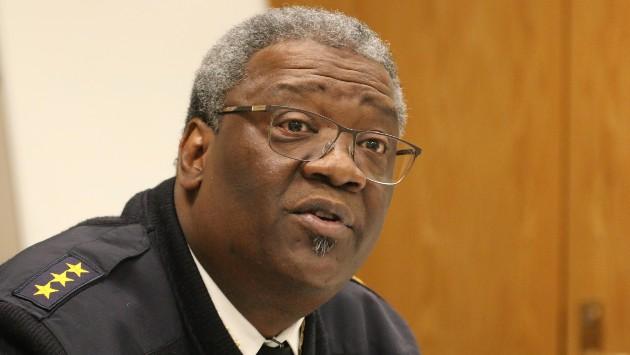 Neighbors in Evanston’s 5th Ward, which saw two murders last weekend, expressed fears and concerns and called for a way to fight back at an online meeting Tuesday night.

Latimer was one of nearly 140 people who watched or listened in on the session hosted by Alderman Robin Rue Simmons, 5th Ward. A dozen people made comments or suggestions.  Latimer said she wants to be able to “protect the next victim who might get involved in gun violence.”

But how?  Carolyn Murray, who lost a child in 2012 due to such violence, called for a gun buyback program, to get some weapons off of the streets. Brenda Greer wondered “why people want to defund the police when the crime rate is rising.”

The 5th Ward saw two of the city’s three homicides in a week.

The first killing took place early last Thursday. 20-year old Brian Carrion of Glenview was shot in near the Howard Street CTA station. The incident may have actually started on the Chicago side of Howard. Police Chief Demetrius Cook said the victim was a “good kid” who was in a bad area. Cook said progress is being made in solving that case.

The second homicide occurred Saturday in the 2200 block of Emerson Street. 21-year-old Deashawn Turner was shot and killed.The very next day, 29-year-old Andrew Williams was gunned down in broad daylight in the 1900 block of Hartrey Avenue.

Police believe the shooting of Williams may have been in retaliation for Turner’s homicide the day before. Mayor Steve Hagerty said catching the killers is a “major, major city priority.”

Chief Cook, who lives in the 5th Ward, said no other details could be released, as the cases are under investigation. He called for a unified community, saying “we must stand together and not be afraid to face violence and do what we need to do to get the killers out of our neighborhoods.”

Alderman Rue Simmons echoed that, saying, “We need to consider the violence in one neighborhood as if it was in any other neighborhood.”

The anti-gun group Evanston Own It is also getting involved. Leaders said they expect to walk through the 5th Ward talking about community safety, and may organize an anti-crime vigil.

Among the community suggestions besides the gun buyback: more police presence, but also one where officers get out of their car and get to know the neighbors, more jobs for teens, and a big picture issue … affordable housing.  Latimer wondered “did we fail our youth?  They can’t even afford to live here when they finish college.”

Homicides in Evanston tend to ebb and flow. Last year there was one. The annual average lately has been two.  But this year there are already three. And listening to 5th Ward residents Tuesday, there is not just fear that more may be coming, but anger as well.

America has seen anger at the police nationwide this year, following the death of George Floyd in Minneapolis. But nobody at the 5th Ward session called for defunding law enforcement.

Improving it, yes. Interacting more with the community, yes. But also, in a community worried about crime, a call for more cops. As Kimberly Holmes-Ross said in the meeting, “I hope we put as much into this as COVID-19, because this is killing us as well.”