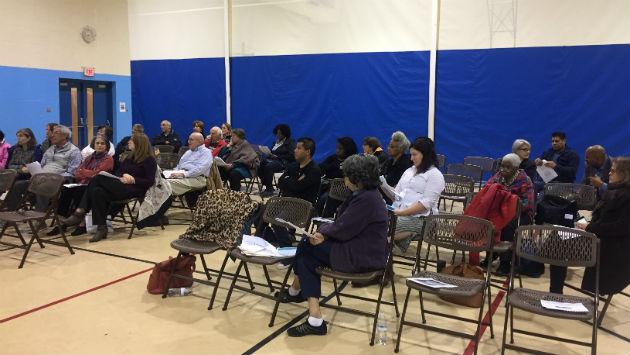 About 30 Evanston residents turned out for a two-hour presentation on the city budget Thursday night at the Robert Crown Center. 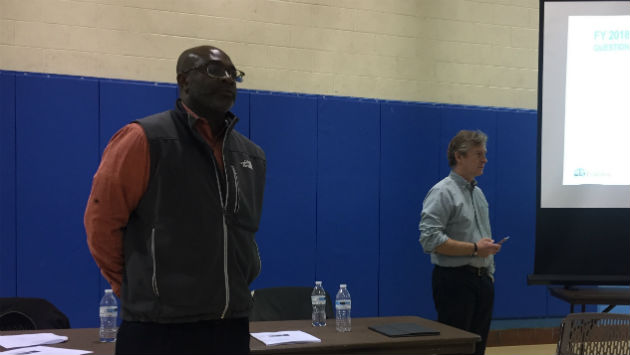 The meeting was one in a series of information sessions held around town ahead of the City Council’s special budget meeting Saturday.

Aldermen Peter Braithwaite, 2nd Ward, and Don Wilson, 4th Ward, hosted the information session, and applauded those who showed up.

“This is the most important thing we do, it reflects our community’s values,” Wilson said. 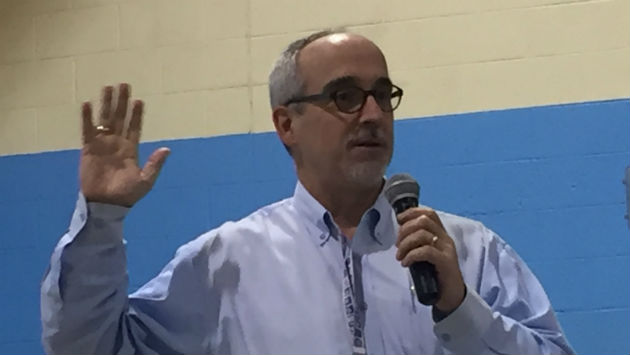 Evanston has a $6 million dollar deficit, he said, due in a large part to a decline in building permit revenue.

Lyons acknowledged that most residents don’t want to see increased taxes, layoffs or reduced services. It’s up to City Council to figure out if this proposal is the best way forward. He says these meetings are designed to give residents a chance to voice their concerns and opinions. 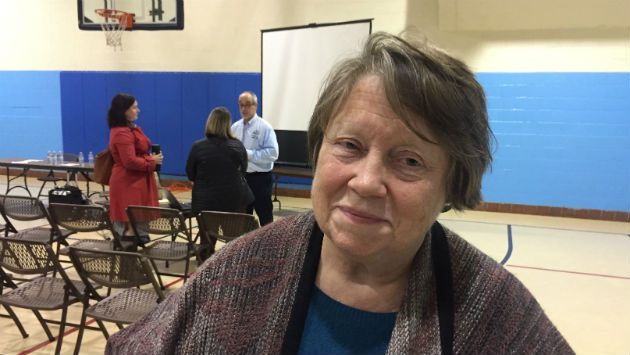 Sara Schastok, the retired executive director of the Evanston Community Foundation, attended the meeting and said it was worthwhile. “It was informative the way it was broken down; it explained the budget process,” Schastok said.

Saturday’s public hearing on the 2018 budget will run from from 9 a.m. to noon at the Civic Center.