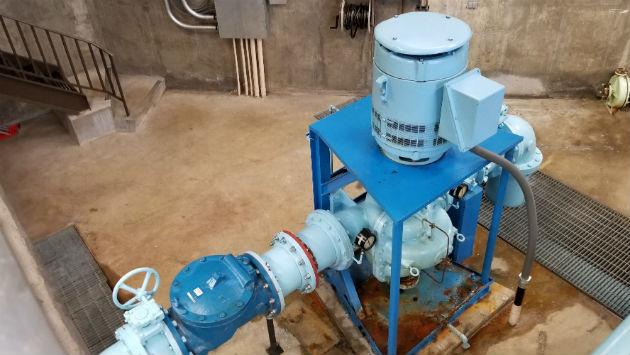 Residents concerned about plans to locate a water pumping station at 2525 Church St. in Evanston had a chance to get a sense this evening of what living near the new facility might be like.

City officials organized a tour for them of the city’s existing pump station at 2520 Gross Point Road. 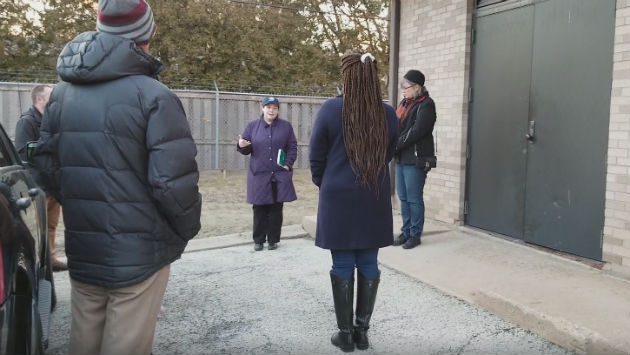 City Engineer Lara Biggs hosted the session, at which residents discovered that while the interior of the pump station is pretty noisy, it was easy to hold a conversation outside — with more noise coming from traffic on the street than from inside the pump station.

Here’s a short video clip that gives a sense of what it sounded like.

The new pump staion on Church Street will serve the Morton Grove Niles Water Authority, which has contracted to buy water from Evanston, in a deal that’s expected to bring substantial new revenue to the city.

The two communities hope to be able to start getting their water from Evanston about the end of the year, when their current contracts to receive water from the City of Chicago run out.