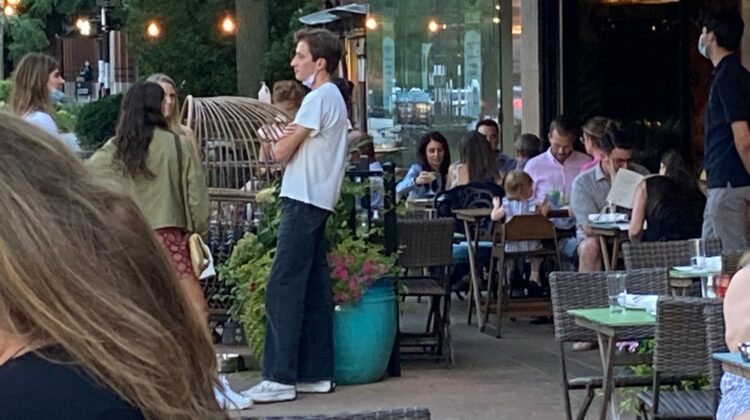 Evanston restaurants are joining their statewide and national counterparts in calling on Congress to provide more assistance for the industry.

A $28.6 billion federal Restaurant Revitalization Fund (RRF) quickly ran out of money earlier this year, without paying a nickel to about two-thirds of the applicants.

Another $60 billion package is now pending in Washington, but its fate is uncertain.

Amy Morton, owner of Found Kitchen and The Barn Steakhouse in Evanston, as well as another restaurant in Aurora, says the need for additional federal funding “is massive.”

With the COVID Delta variant on the rise, and with weather too cold for outdoor dining not far off, Morton says a lot of restaurants will not survive without help.

When the coronavirus first led to state-imposed shutdowns and capacity limits last year, Morton figured about 60% of restaurants would not survive. Things looked better for awhile, as vaccinations were rolled out and indoor restrictions were lifted. But now, Morton says, “I think I’m pretty much on target” for the 60% prediction unless the federal financial cavalry comes to the rescue.

Morton says she applied for Restaurant Revitalization aid for her three locations, but received nothing.

She says the program should have been handled differently. Originally, the Small Business Administration gave preference to minority, veteran, and female-owned operations. But some white, male owned restaurants in Texas and Tennessee filed successful reverse discrimination suits, and the set-aside was halted.

Morton says she does not know what percentage of the federal dollars went to minority owned restaurants, but she “does know of some very big players,” neither minority nor female owned, “who got millions.”

According to an investigation by the Asbury Park Press in New Jersey, 40% of the assistance went to just 5% of the applicants. About 177,000 restaurants were shut out.

Morton says the original pot of money should have been divided up after all the applications were in.

“Especially because they funded so many so heavily, they need to fund the rest,” she adds.

The Illinois Restaurant Association says there are $2.1 billion in unfunded RRF applications in the state. The trade organization says only about 4,500 out of more than 15,600 eligible restaurants that applied were given any grants.

With both outdoor and indoor dining currently available, the public might think restaurants have turned the corner. But that’s not the case.

For example, Morton says “I’m not able to open the whole dining room” because of the staffing shortage in the restaurant industry.

Morton says, “I had to take the long view on service and standards.” It’s better to serve fewer diners, she says, than to bring in too many customers and have them sit, wait and get angry.

Morton also says that “adult tantrums” are a problem for restaurants, because some folks are on edge.

“People can keep their cool knowing things are temporary,” she says. But “this is a new normal,” she adds, “with nothing temporary about it.”

Morton says she is also thinking of doing what is now the rule in New York City … requiring proof of COVID vaccination (or a negative test) in order to dine indoors in her restaurants.

COVID shots are already a requirement for her staff.

“I’ve grappled with” requiring it for customers, Morton says, and is “extremely close” to doing it.

“Most people in Evanston are already vaccinated,” she says. “I doubt we’d lose any business” here if such a requirement is implemented.