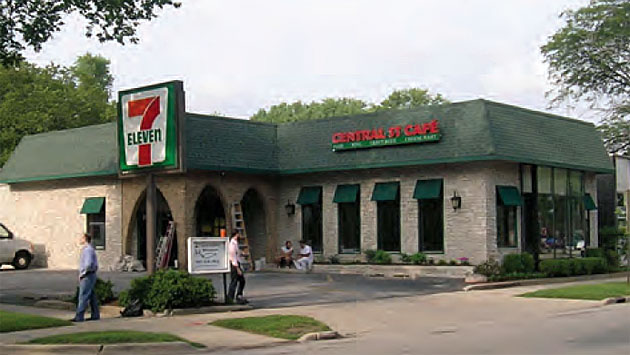 Central Street Cafe, which received $9,400 in city facade grant help less than two years ago to convert a former Blockbuster video store for restaurant use, has closed.

The business at 2800 Central St., owned by serial restaurateur Mitchell Dulin, received approval for a liquor license from the city in June 2011, and opened that August.

Last year, at a Liquor Control Board meeting, Dulin sought approval to offer delivery service for liquor as well as food, and introduced a prospective new owner for the business.

The weekend closure of the business, first reported by Evanston Patch, comes as Dulin is planning to open a new restaurant, called The Avenue, in downtown Wilmette.

The facade improvement program, which is budgeted at $75,000 a year, has been the subject of some debate among aldermen over whether it is an effective economic development tool for the city.

Top: The Central Street Cafe as its facade improvement work was nearing completion.