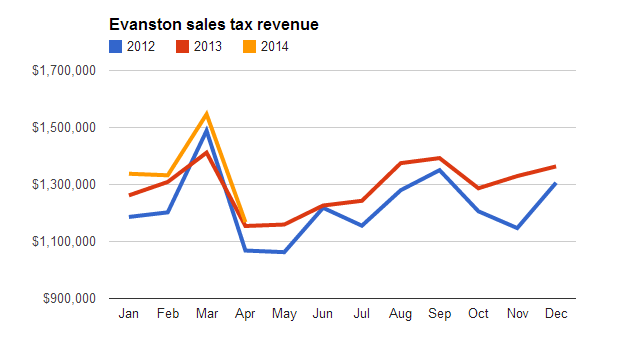 As usual, retail sales in Evanston hit the post-holiday slump, but the numbers were still slightly ahead of last year.

Sales tax receipts distributed to the City of Evanston by the state this month, reflecting sales by merchants in January, totalled $1.168 million, up just 1.16 percent from $1.154 million a year ago.

But the year-over-year gain for Evanston was nearly twice the 0.65 percent gain reported for the state as a whole.

It also roughly matched the increase in the consumer price index over the past year.