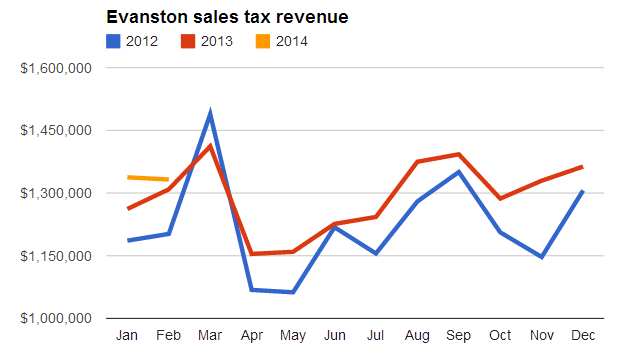 Retail sales in Evanston continued to show improvement in the latest figures released by the state department of revenue.

Figures for tax money distributed by the state to communities in January and February showed continued improvement for Evanston. Those distributions reflect money collected from merchants in November and December. So it appears the usual December boost from holiday sales failed to materialize — likely because of the unusually cold and snowy weather.

For the state as a whole, sales tax distributions were up 1.1 percent in January and 1.7 percent this month.