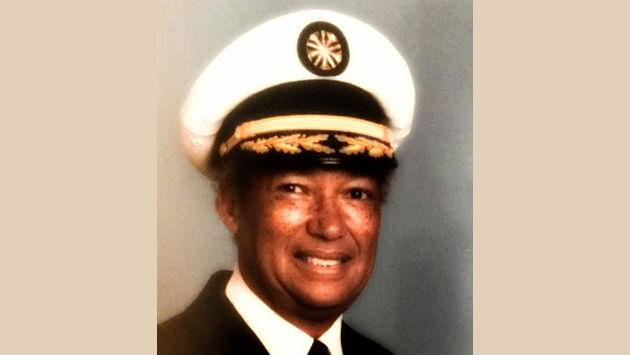 Hicks was Evanston’s first African-American firefighter, and Scott says he served the city with distinction from November 1950 until his retirement in May 1987.

The department’s training room was named for Hicks at a ceremony in 2015. 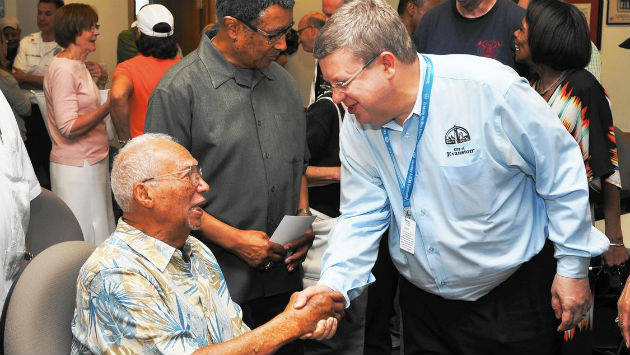 Hicks is congratulated by City Manager Wally Bobkiewicz during the 2015 ceremony. (EFD photo)

During that ceremony, then Fire Chief Greg Klaiber said Hicks experienced discrimination during his early years on the job, being forced to eat alone and use separate silverware. It was “racism, nothing but racism,” Klaiber said.

But despite that and more troubles, Hicks said he perservered, “Because I love the job.”

Hicks was also a founding member and long time coach of the Evanston Speed-Skating Club and was the first coach of Olympic speed skater Shani Davis.

Chief Hicks is survived by his wife, Karen; sons Brady Hicks and Michael Walters; and two grandchildren. Services are as follows: