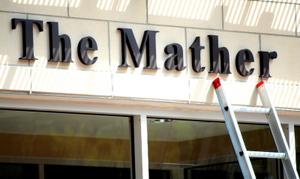 An Evanston non-profit is adding the final touches to the first building of a two-structure retirement complex downtown that is already heavily booked despite the national economic slump. 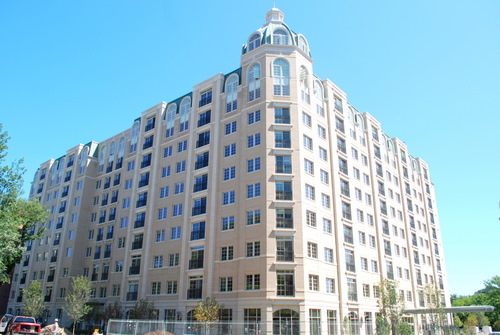 The first residents of The Mather, 425 Davis St., will move into their new homes in October. Mather Lifeways, a non-profit, says it has already presold 90 percent of the building’s units.

“The fact that they have succeeded in the face of a tough economy is a great example of good planning and following through on their commitments,” Mayor Elizabeth Tisdahl said, according to a news release.

The new 10-story building stands where a similar complex – Mather Gardens – stood before Mather Lifeways closed it in 2006.

The non-profit says approximately 30 units out of the building’s 141 are presold to residents of the Georgian, another Mather Lifeways complex standing immediately to the south.

Like it did with Mather Gardens, Mather Lifeways plans to demolish the Georgian and construct a building better suited to the needs of senior citizens.

“The buildings had just outlived their usefulness and their ability to serve the older adult population,” Vice President Sara McVey said, adding that the Georgian used to be a hotel and so is not optimized for senior care from the start.

The company paid too much for Mather Gardens, which was built in the 1950s, in fixes that were essentially “band-aids,” she said.

The company also wants the new south building to be greener and is pursuing LEED Gold Certification for it, Greenblatt said.

Mather Lifeways did not seek any LEED certification for the north building because officials did not seriously consider implementing such environmental standards until it was too late in the planning process, McVey said.

“We’re more educated now about the LEED process,” she said.

Designing the south building to be more environmentally friendly will not drive up the costs of units there, she said.

When both buildings are completed, an underground, climate-controlled tunnel will connect them. When the Mather is complete, it will feature seven dining venues and a 10,000-square-foot fitness center with an indoor lap pool.

Mather Lifeways says it will add 100 full-time and part-time jobs in Evanston to meet the demands of the north building.

Approximately 30 employees worked at Mather Gardens before it closed. The non-profit offered each one positions elsewhere when it closed the complex, Greenblatt said.

Mather Lifeways offers programs to assist retirees in selling their current homes, Greenblatt says. Such programs connects them with realtors, movers and services, he said.

Although the south building has yet to be built, Mather Lifeways has begun preselling units for it.