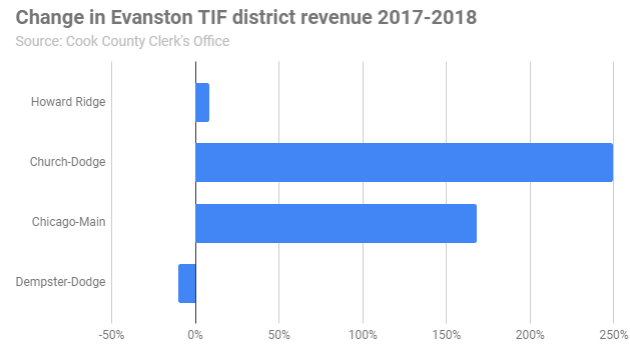 However, total TIF revenue for Evanston declined sharply because of the closure, as scheduled, of the downtown Washington National TIF, which had brought in $5.8 million in 2017.

The county-wide data from Clerk Karen Yarbrough showed a TIF revenue increase of 17.4 percent for 2018, with TIFs in the City of Chicago increasing their revenue by 27.4 percent, while suburban TIFs on average saw revenue decline 1.6 percent. Those figures include TIFs added and closed in each of the years.

Here are the figures for each TIF in Evanston: