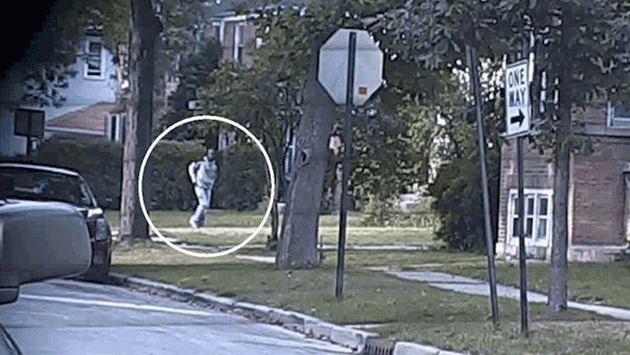 Evanston police say they're again asking for the public's help to identify the second of two men involved in a shooting incident on Hartrey Avenue earlier this month.

Police Cmdr. Jay Parrott says that after a surveillance video of the incident was released earlier this week, police were able to identify one of the two subjects. The other one they're still trying to identify is circled in the still image above taken from the video

Parrott says police need to have a witness identify this person in order to seek criminal charges for the shooting, which happened about 5:15 p.m. on Sunday, Aug. 10, in the 1800 block of Hartrey and injured a 17-year-old male in what police say apparently was a gang-related incident.

He says a lack of cooperative witnesses and victims tie the hands of law enforcement and prosecutors when it comes to appropriately filing criminal charges. Community members who witness criminal activity and that help solve crime, he added, not only make a community safer from future acts of violence but also send a message that this type of behavior is not tolerated.

A cash reward is being offered for information that leads to criminal charges in this investigation.

Anyone with information regarding this shooting is asked to call the Evanston Police Department at 847-866-5000 or use the Text-a-Tip program by texting to CRIMES (274637) and placing EPDTIP in the message line with the anonymous information.

For individuals seeking a cash reward for this incident, do not text STOP during the text-a-tip process. The tipster must keep the identifying number sent to their phone.

Although the police department prefers information to not be anonymous in a case of this type, Parrott said, anonymous tips are always accepted and can lead to further investigative information which may allow for criminal charges in an investigation.