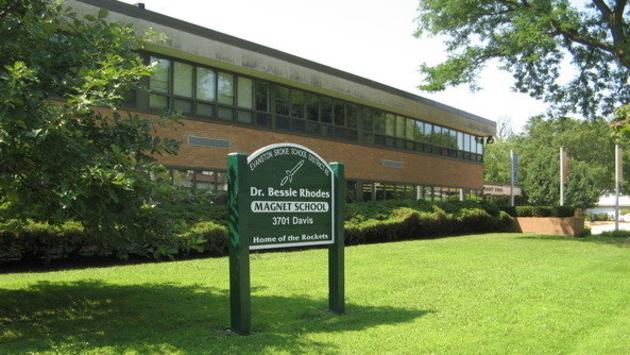 A staff report to be presented at Monday’s board meeting says Rhodes is the best place to expand the popular two-way immersion program — because west Evanston and Skokie neighborhoods near the school, located at 3701 Davis St. in Skokie, have a large Hispanic population. 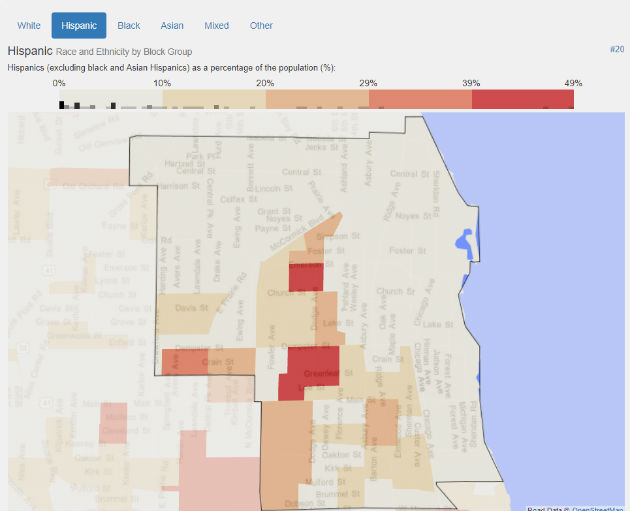 A chart from StatisticalAtlas.com showing the Hispanic population by census tract block group in District 65.

Staff recommendations also include replacing Mandarin instruction with Spanish in the non-TWI grades at the school.  Administrators suggest adding two strands of the TWI program this fall and adding two new strands every year, with the end result being a school that’s entirely made up of TWI classes.

The report outlines several reasons for this choice.

Over the next two years District 65 will look into adding two-way immersion to middle school grades as well.

The proposal, after initial discussion at Monday’s meeting, is expected to be discussed again at the board’s Nov. 20 meeting, with a vote on the plan to be taken at the Dec. 4 meeting.