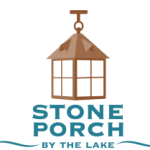 Stone Porch by the Lake, the Jennifer Pritzker-owned bed and breakfast at 300 Church St. in Evanston, opened this month, and Mayor Elizabeth Tisdahl is scheduled to be on hand for a ribbon cutting ceremony next week.

Pritzker's B&B plan was the subject of heated opposition from some neighbors in the lakefront neighborhood after plans for it were announced three years ago.

Opponents claimed to fear "commercial intrusion" in a single family residential neighborhood and argued that the city's bed and breakfast ordinance was meant to be available to only empty nesters who wanted to rent out a room or two in the home where they lived.

Pritzker, a billionaire, lives on the block, but not in the B&B, and set up a limited liability company in which she holds the major financial stake to own the property, with a minority ownership interest held by the on-site owner-operator.

Despite the objections, aldermen approved the project on a 7-2 vote.

Pritzker acquired the property for $2.25 million and reportedly has spent at least another $2 million restoring the 1889 Tudor mansion. It now offers five guest bedrooms and what its website describes as "the ultimate luxury experience."

When neighbors learned Pritzker planned to acquire another property on the block, at 1622 Forest Place, they tried to persuade the city to adopt rules requiring a 1,000 foot separation between bed and breakfast establishments and to require that the majority owner of a B&B live at the property.

But the City Council ultimately rejected such restrictions in 2012 and again this year and approved the second Pritzker B&B, which is still undergoing renovation.

The ribbon cutting is scheduled for 1 p.m. on Thursday Oct. 30.