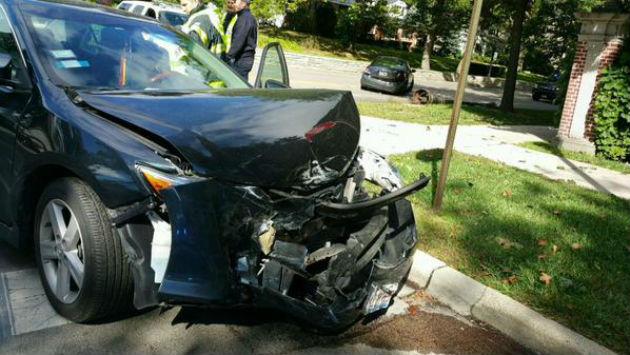 The restrictions bar drivers on Greenwood from crossing Ridge or turning left onto Ridge between 7 a.m. and 7 p.m. Only right turns onto Ridge are permitted.

Public Works Agency Director Dave Stoneback says that there were 26 accidents at the intersection last year. But in the five months the temporary restrictions were in place this year there were just eight accidents — and four of those involved people who were disobeying the turn restrictions.

While it’s a small sample, the test would indicate that the restrictions cut accidents at the intersection by about 25 percent.

Meanwhile, city officials say they’re looking for additional ways to reduce accidents along the entire stretch of Ridge from Greenleaf to Davis streets.

There’ve been 20 traffic accidents so far this year just at the intersection of Ridge and Greenleaf, compared to a total of 12 in 2016. And officials say there’s also been in increase in citizen complaints about aggressive and distracted driving in the area.

The Evanston Police Traffic Unit this week launched an education and enforcement effort to address the uptick in crashes and driving complaints. So expect to see more cops pulling drivers over for violations.

Unlike the intersections at Grove and Greenwood, which only have stop signs for cross traffic, Ridge at Greenleaf has stop lights to control traffic in all directions.