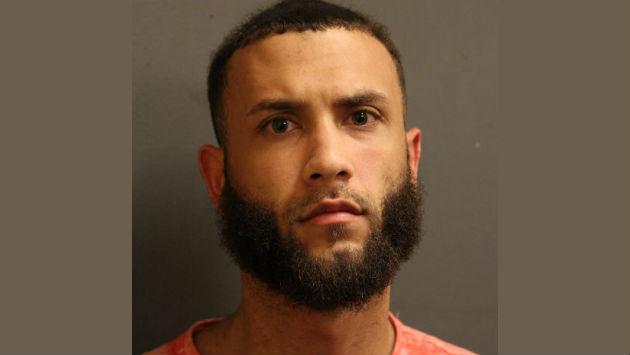 A 22-year-old Rockford man is facing aggravated unlawful use of a weapon charges after Evanston police say they spotted him walking down a street just north of downtown.

Cmdr. Ryan Glew says police tactical detectives were in the 1000 block of Garnett Place about 9:15 p.m. Friday when they saw Dmarco Whitman, who was wanted on an outstanding warrant.

He says Whitman tried to flee when detectives tried to stop him as he walked south on Maple Avenue from Garnett, but he was taken into custody without incident.

Glew says detectives found a Rock Island Armory M1911 A1 – MS 45 caliber handgun loaded with seven rounds and equipped with a laser sight in a satchel Whitman was carrying.

He says Whitman, who did not have a FOID card or a concealed carry license, was transported to the station where he admitted to possessing the handgun. Whitman, of the 1700 block of Trainer Road in Rockford, had been sought for bond forfeiture related to a narcotics case in another jurisdiction.