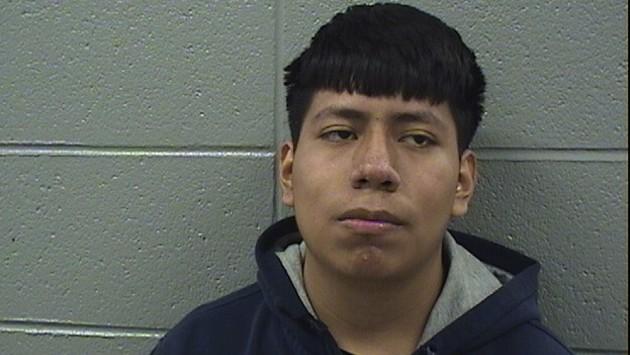 Evanston police say a 19-year-old Rogers Park man is being held without bond in the county jail in connection with an early morning armed robbery on Howard Street.

Cmdr. Ryan Glew says officers responded about 4 a.m. Tuesday to the 700 block of Howard Street where a 52-year-old Chicago man told them he’d been robbed.

The victim then gave the robber a pair of gloves, six CDs, a pair of black headphones, and an Android cellphone. The robber then fled south on foot.

The victim gave police a description of the robber and about a half hour later an officer located the located a man matching the description attempting to commit another robbery in the 2000 block of Howard Street in Chicago.

The officer was able to stop the robbery and hold the suspect, identified as Reimundo Atempa-Hernandez of the 2200 block of West Birchwood Avenue in Chicago..

Glew says the victim in the first robbery identified Atempa-Hernandez as the man who robbed him and that proceeds from that robbery and a knife were recovered from Atempa-Hernandez. He was arrested, transported to the Evanston Police Department and charged with armed robbery.

The investigation into the second robbery was turned over to Chicago Police.

Atempa-Hernandez is next scheduled to appear in Skokie district court on Nov. 26.