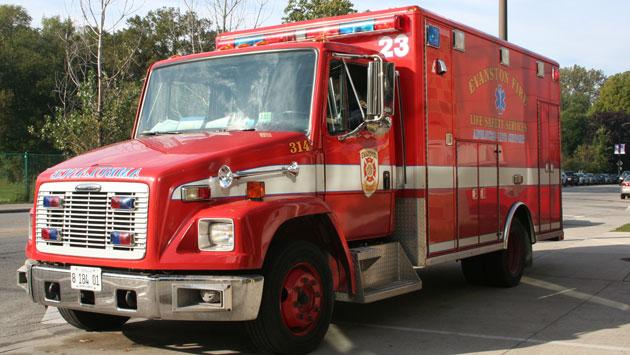 Two people were transported to Evanston Hospital after a rollover accident at Emerson Street and Ridge Avenue about 10:45 this evening.

One of the two cars involved reportedly rolled over but ended up back on its wheels.

He'd been heading to Evanston Hospital to visit one of the victims of a shooting incident earlier in the evening, along with two passengers in his car, 33- and 35-year-old Evanston men.

Police Cmdr. Joseph Dugan says the driver of the southbound car and the 35-year-old passenger in the eastbound car were shaken up by the accident and were taken to Evanston Hospital by Fire Department ambulances.

The driver of the southbound car received traffic citations for disregarding the red light and for no proof of auto insurance.