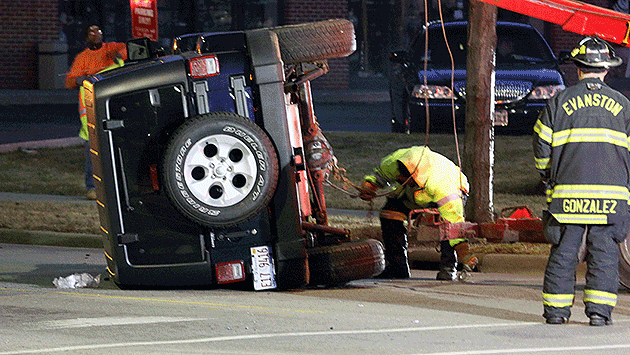 Some Evanstonians got an early wakeup call from three TV news helicopters that flocked to the scene of a rollover accident at Ridge Avenue and Emerson Street shortly after 6 o'clock this morning.

Fire crews had to help the driver of the Jeep that rolled over to get out of the vehicle. There were no passengers in either car and reportedly no serious injuries to the drivers. 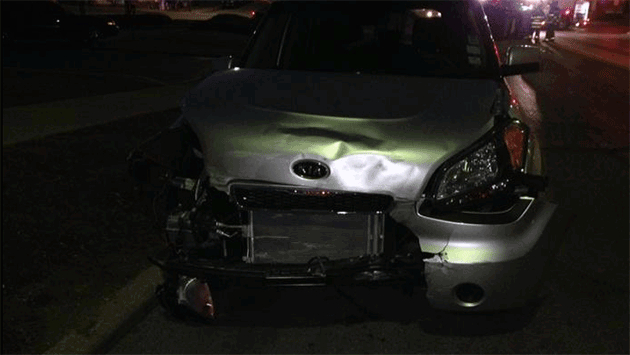 A second car damaged in the accident.

The cause of the accident is under investigation.

As of 7 a.m. all lanes on Ridge and Emerson were still closed to traffic, but traffic was flowing on Green Bay Road, but the streets were re-opened to traffic by about 7:10 a.m.

Update 12:30 p.m.: Police say no citations were issued to either driver in the accident because officers were unable to determine whether either of the vehicles had run a red light.