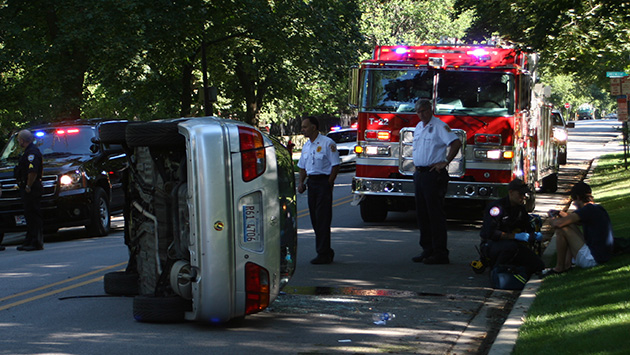 Fire crews and police responding to the scene found that the young male driver had already managed to get out of the overturned car.

Fire Division Chief Dwight Hohl says the driver didn't appear to be injured and declined to be taken to the hospital. 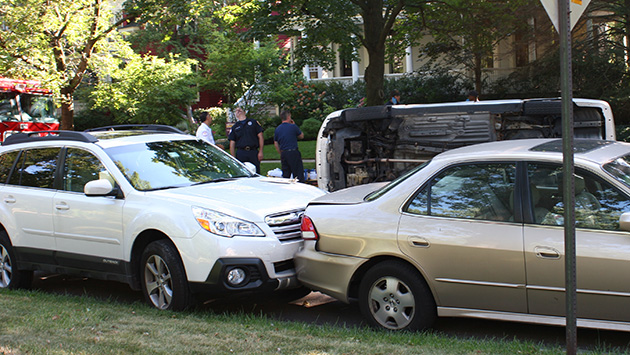 The collision also left two cars parked at the curb on Forest damaged.

Traffic on Forest is blocked at this hour between Lee and Dempster streets.